Meet Martin Gugino, the elderly man Buffalo police assaulted, turns out he is one of the best people in America. Cenk Uygur and Ana Kasparian discuss on The Young Turks. Keep Hope (and TYT) Alive: http://tyt.com/go Read more here: https://theintercept.com/2020/06/05/buffalo-police-said-protester-head-wound-tripped-fell-video-shows-lied/ "POLICE OFFICERS IN Buffalo, New York used excessive force to disperse a protest against police brutality on Thursday, shoving a 75-year-old protester who posed no threat to them so hard that he fell to the ground and sustained a bloody head wound. Although the incident took place outside Buffalo’s City Hall, in daylight and in full view of witnesses, including at least five journalists, the Buffalo Police Department initially said in a statement that, during a “skirmish involving protestors, one person was injured when he tripped & fell.” However, that account of what happened was quickly revealed to be a lie. Just over 20 minutes after the police statement was made public, the local NPR affiliate WBFO released distressing video of the incident, which clearly showed that the man only fell to the sidewalk in Niagara Square and hit his head because two officers he tried to talk to shoved him roughly."* Hosts: Cenk Uygur, Ana Kasparian Cast: Cenk Uygur, Ana Kasparian *** The Largest Online News Show in the World. Hosted by Cenk Uygur and Ana Kasparian. LIVE STREAMING weekdays 6-8pm ET. http://tyt.com/live Subscribe to The Young Turks on YouTube: http://youtube.com/subscription_center?add_user=theyoungturks TYT on Facebook: http://facebook.com/theyoungturks
TYT on Twitter: http://twitter.com/theyoungturks
TYT on Instagram: http://instagram.com/theyoungturks Merch: http://www.shoptyt.com Donate to TYT https://patreon.com/tytnetwork
http://tyt.com/donate Download audio and video of the full two-hour show on-demand + the members-only postgame show by becoming a member at http://tyt.com/join/. Your membership supports the day to day operations and is vital for our continued success and growth. Gift membership: http://tyt.com/gift Producer, Senior Producer, and Executive Producer membership: http://go.tyt.com/producer Young Turk (n), 1. Young progressive or insurgent member of an institution, movement, or political party. 2. A young person who rebels against authority or societal expectations. (American Heritage Dictionary) #TYT #TheYoungTurks #BreakingNews 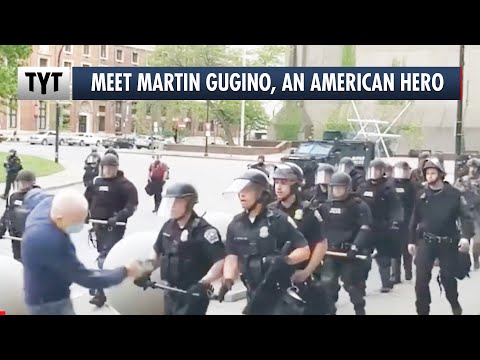 This is one of the biggest days in Supreme Court history: Joe Lieberman