WARNING: This video is very difficult to watch. Cenk Uygur and Ana Kasparian discuss on The Young Turks. Keep Hope (and TYT) Alive: http://tyt.com/go Read more here: https://www.mediaite.com/news/watch-graphic-video-of-buffalo-cops-knocking-down-elderly-man-goes-viral-after-police-say-he-tripped-and-fell/ "A graphic video of two Buffalo cops knocking a 75-year-old man to the ground went viral Thursday night after the city’s police department initially said in the statement that “one person was injured when he tripped & fell” during a skirmish. The video, captured by Buffalo’s NPR station, WBFO, shows a cordon of dozens of officers in riot gear walking abreast as a gray-haired man approaches and then appears to peacefully engage them in front of Buffalo City Hall. But he is quickly strong-armed and violently pushed backwards. He briefly disappears out of frame, but a second later, the video shows the man lying stunned, flat on his back on the concrete sidewalk, a pool of blood rapidly forming under his head. The cops, rather than stop and render aid, walk past and begin to arrest other protestors, while one unidentified officer can heard claiming the injured man was bleeding out of his ear."* Hosts: Cenk Uygur, Ana Kasparian Cast: Cenk Uygur, Ana Kasparian *** The Largest Online News Show in the World. Hosted by Cenk Uygur and Ana Kasparian. LIVE STREAMING weekdays 6-8pm ET. http://tyt.com/live Subscribe to The Young Turks on YouTube: http://youtube.com/subscription_center?add_user=theyoungturks TYT on Facebook: http://facebook.com/theyoungturks
TYT on Twitter: http://twitter.com/theyoungturks
TYT on Instagram: http://instagram.com/theyoungturks Merch: http://www.shoptyt.com Donate to TYT https://patreon.com/tytnetwork
http://tyt.com/donate Download audio and video of the full two-hour show on-demand + the members-only postgame show by becoming a member at http://tyt.com/join/. Your membership supports the day to day operations and is vital for our continued success and growth. Gift membership: http://tyt.com/gift Producer, Senior Producer, and Executive Producer membership: http://go.tyt.com/producer Young Turk (n), 1. Young progressive or insurgent member of an institution, movement, or political party. 2. A young person who rebels against authority or societal expectations. (American Heritage Dictionary) #TYT #TheYoungTurks #BreakingNews 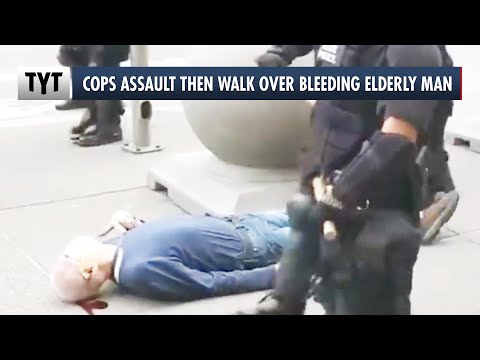 The history of abortion laws in America