Track, test, trace. Emerging from a lockdown means a country must be prepared for new outbreaks. The repeated warning is that the virus hasn’t gone away, and one way to control the spread might be through technology. Since France released its contact tracing app three weeks ago, more than 1.9 million people have installed it on their phones. But interest in the StopCovid app has cooled, and it’s been uninstalled by almost half a million users. In the absence of a vaccine, French officials say the app may be the best hope of preventing a second wave of infections – although experts question whether such apps actually have the capability to bring down cases. Natasha Hussain reports.
#contacttracingapp #coronavirusapp #covid19app Subscribe: http://trt.world/subscribe
Livestream: http://trt.world/ytlive
Facebook: http://trt.world/facebook
Twitter: http://trt.world/twitter
Instagram: http://trt.world/instagram
Visit our website: http://trt.world 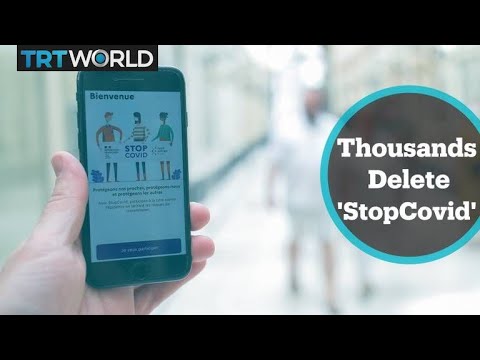