This clip is brought to you by our friends at Aspiration. Sign up for free and we'll plant 10 trees at https://Aspiration.com/TYT The Supreme Court is an embarrassment. Cenk Uygur and Ana Kasparian discuss on The Young Turks. Keep Hope (and TYT) Alive: http://tyt.com/go Read more here: https://www.cnn.com/2020/06/30/politics/espinoza-montana-religious-schools-scholarship-supreme-court/index.html?utm_source=feedburner&utm_medium=feed&utm_campaign=Feed%3A+rss%2Fcnn_latest+%28RSS%3A+CNN+-+Most+Recent%29 "In a ruling that will open the door to more public funding for religious education, the Supreme Court on Tuesday ruled in favor of parents in Montana seeking to use a state scholarship program to send their children to religious schools. The court said that a Montana tax credit program that directed money to private schools could not exclude religious schools.
The 5-4 ruling was penned by Chief Justice John Roberts and joined by the court's four conservative justices.
"A State need not subsidize private education. But once a State decides to do so, it cannot disqualify some private schools solely because they are religious," Roberts wrote in the majority opinion." Hosts: Cenk Uygur, Ana Kasparian Cast: Cenk Uygur, Ana Kasparian *** The Largest Online News Show in the World. Hosted by Cenk Uygur and Ana Kasparian. LIVE STREAMING weekdays 6-8pm ET. http://tyt.com/live Subscribe to The Young Turks on YouTube: http://youtube.com/subscription_center?add_user=theyoungturks TYT on Facebook: http://facebook.com/theyoungturks
TYT on Twitter: http://twitter.com/theyoungturks
TYT on Instagram: http://instagram.com/theyoungturks Merch: http://www.shoptyt.com Donate to TYT https://patreon.com/tytnetwork
http://tyt.com/donate Download audio and video of the full two-hour show on-demand + the members-only postgame show by becoming a member at http://tyt.com/join/. Your membership supports the day to day operations and is vital for our continued success and growth. Gift membership: http://tyt.com/gift Producer, Senior Producer, and Executive Producer membership: http://go.tyt.com/producer Young Turk (n), 1. Young progressive or insurgent member of an institution, movement, or political party. 2. A young person who rebels against authority or societal expectations. (American Heritage Dictionary) #TYT #TheYoungTurks #BreakingNews 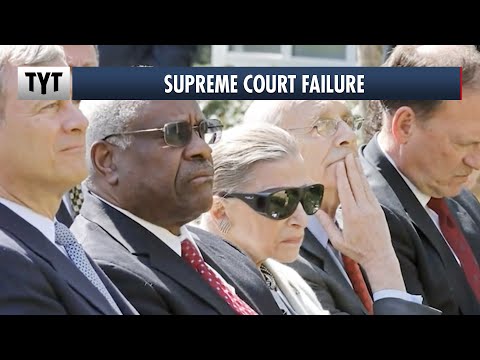