Trump is destroying law and order in the United States. John Iadarola and Ana Kasparian discuss on The Young Turks. Keep Hope (and TYT) Alive: http://tyt.com/go Read more: https://www.politico.com/news/2020/06/23/prosecutor-says-he-was-pressured-to-cut-roger-stone-a-break-because-of-his-ties-to-trump-336075 "A prosecutor who withdrew from the Roger Stone case after Justice Department leaders intervened to recommend a lighter sentence intends to testify before Congress that he and his colleagues were repeatedly pressured to cut Stone "a break," and were told that it was because of his relationship with President Donald Trump. "What I heard – repeatedly – was that Roger Stone was being treated differently from any other defendant because of his relationship to the President," Aaron Zelinsky, one of four prosecutors who quit the case, plans to tell the House Judiciary Committee Wednesday, according to his prepared testimony. "I was also told that the acting U.S. Attorney was giving Stone such unprecedentedly favorable treatment because he was 'afraid of the President.'"* Hosts: John Iadarola, Ana Kasparian Cast: John Iadarola, Ana Kasparian *** The Largest Online News Show in the World. Hosted by Cenk Uygur and Ana Kasparian. LIVE STREAMING weekdays 6-8pm ET. http://tyt.com/live Subscribe to The Young Turks on YouTube: http://youtube.com/subscription_center?add_user=theyoungturks TYT on Facebook: http://facebook.com/theyoungturks
TYT on Twitter: http://twitter.com/theyoungturks
TYT on Instagram: http://instagram.com/theyoungturks Merch: http://www.shoptyt.com Donate to TYT https://patreon.com/tytnetwork
http://tyt.com/donate Download audio and video of the full two-hour show on-demand + the members-only postgame show by becoming a member at http://tyt.com/join/. Your membership supports the day to day operations and is vital for our continued success and growth. Gift membership: http://tyt.com/gift Producer, Senior Producer, and Executive Producer membership: http://go.tyt.com/producer Young Turk (n), 1. Young progressive or insurgent member of an institution, movement, or political party. 2. A young person who rebels against authority or societal expectations. (American Heritage Dictionary) #TYT #TheYoungTurks #BreakingNews 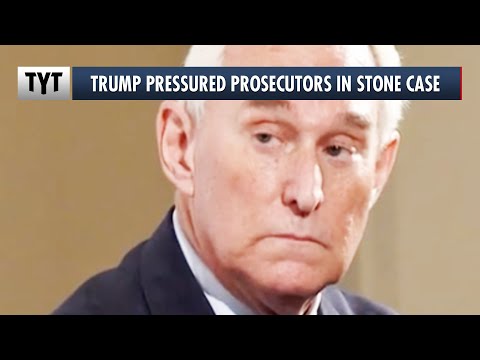 Modern day diplomacy boils down to ‘F-You’ | Will Cain Podcast