This clip is brought to you by our friends at Aspiration. Sign up for free and we'll plant 10 trees at https://Aspiration.com/TYT Trump's polls numbers are a disaster and getting worse. Cenk Uygur and Ana Kasparian discuss on The Young Turks. Keep Hope (and TYT) Alive: http://tyt.com/go Read more here: https://www.newsweek.com/record-high-number-americans-think-country-wrong-track-poll-shows-1514712 "The number of American voters who believe the country is on the wrong track has reached a record high during Donald Trump's presidency, with a significant majority of voters also saying they disapprove of the job he is doing. New polling by Morning Consult and Politico, which was conducted from June 26 to 29, found that 75 percent of voters believe the U.S. is on the wrong track, while just 25 percent believe things are headed in the right direction. Morning Consult noted that this "marks the worst numbers on the question in the 183 polls conducted since immediately after Trump was elected in November 2016." The previous record was set in polling data last month, when 69 percent of respondents said the country was on the wrong track and only 31 percent said it was headed in the right direction." Hosts: Cenk Uygur, Ana Kasparian Cast: Cenk Uygur, Ana Kasparian *** The Largest Online News Show in the World. Hosted by Cenk Uygur and Ana Kasparian. LIVE STREAMING weekdays 6-8pm ET. http://tyt.com/live Subscribe to The Young Turks on YouTube: http://youtube.com/subscription_center?add_user=theyoungturks TYT on Facebook: http://facebook.com/theyoungturks
TYT on Twitter: http://twitter.com/theyoungturks
TYT on Instagram: http://instagram.com/theyoungturks Merch: http://www.shoptyt.com Donate to TYT https://patreon.com/tytnetwork
http://tyt.com/donate Download audio and video of the full two-hour show on-demand + the members-only postgame show by becoming a member at http://tyt.com/join/. Your membership supports the day to day operations and is vital for our continued success and growth. Gift membership: http://tyt.com/gift Producer, Senior Producer, and Executive Producer membership: http://go.tyt.com/producer Young Turk (n), 1. Young progressive or insurgent member of an institution, movement, or political party. 2. A young person who rebels against authority or societal expectations. (American Heritage Dictionary) #TYT #TheYoungTurks #BreakingNews 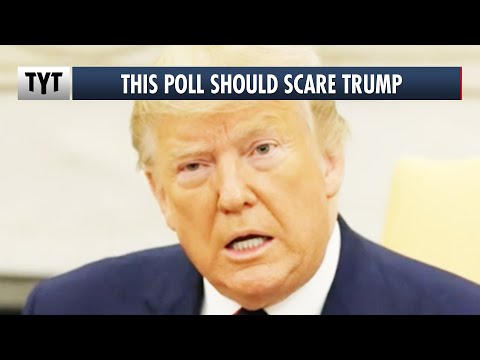 Sen Tom Cotton: The Biden admin and Dems are doing this on purpose

Sen Tom Cotton: The Biden admin and Dems are doing this...