This Florida sheriff has a scary plan to combat protesters. Cenk Uygur and Ana Kasparian discuss on The Young Turks. Keep Hope (and TYT) Alive: http://tyt.com/go Read more here: https://www.cnn.com/2020/07/02/us/florida-sheriff-deputize-gun-owners-trnd/index.html "(CNN)A Florida sheriff issued a strongly worded warning to anyone who may be considering violently protesting in his county, saying he would "deputize" lawful gun owners for help. "If you threaten to come to Clay County and think for one second that we'll bend our backs for you, you're sadly mistaken," Clay County Sheriff Darryl Daniels said in a video message posted on Facebook. "Tearing up Clay County — that's not going to be acceptable. And if we can't handle you — you know what I'll do? I'm going to exercise the power and authority as the sheriff, and I'll make special deputies of every lawful gun owner in this county and I'll deputize them for this one purpose — to stand in the gap between lawlessness and civility. "That's what we're sworn to do and that's what we're gonna do. You've been warned," he said." Hosts: Cenk Uygur, Ana Kasparian Cast: Cenk Uygur, Ana Kasparian *** The Largest Online News Show in the World. Hosted by Cenk Uygur and Ana Kasparian. LIVE STREAMING weekdays 6-8pm ET. http://tyt.com/live Subscribe to The Young Turks on YouTube: http://youtube.com/subscription_center?add_user=theyoungturks TYT on Facebook: http://facebook.com/theyoungturks
TYT on Twitter: http://twitter.com/theyoungturks
TYT on Instagram: http://instagram.com/theyoungturks Merch: http://www.shoptyt.com Donate to TYT https://patreon.com/tytnetwork
http://tyt.com/donate Download audio and video of the full two-hour show on-demand + the members-only postgame show by becoming a member at http://tyt.com/join/. Your membership supports the day to day operations and is vital for our continued success and growth. Gift membership: http://tyt.com/gift Producer, Senior Producer, and Executive Producer membership: http://go.tyt.com/producer Young Turk (n), 1. Young progressive or insurgent member of an institution, movement, or political party. 2. A young person who rebels against authority or societal expectations. (American Heritage Dictionary) #TYT #TheYoungTurks #BreakingNews 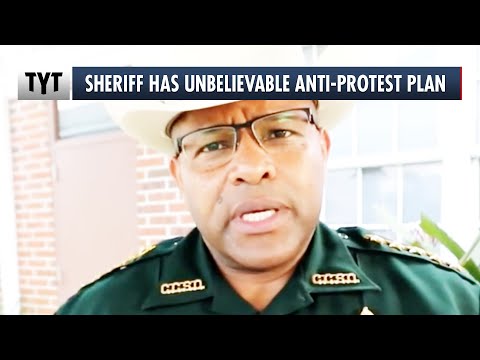