Is Trump dropping out of the race? Cenk Uygur and Ana Kasparian discuss on The Young Turks. Will Trump drop out? http://tyt.com/polls/dropout Keep Hope (and TYT) Alive: http://tyt.com/go Read more here: https://www.marketwatch.com/story/james-carville-says-theres-a-significant-chance-trump-drops-out-of-the-presidential-race-2020-07-02 "That’s Democratic strategist and “2020 Politics War Room” co-host James Carville on MSNBC’s “Morning Joe” on Thursday morning, doubling down on his prediction last week that Donald Trump will drop out of the presidential race before November. He suggested on the Comcast-operated CMCSA, -1.13% news channel that Republican senators including Mitch McConnell of Kentucky, Lindsey Graham of South Carolina, Martha McSally of Arizona and Dan Sullivan of Alaska will try to separate themselves from Trump this fall. “This is the great ‘Moscow Mitch’ strategy: ‘After Labor Day, we’re going to turn on him.’ That’s really going to work,” Carville said with sarcasm. “McSally and Sullivan and Lindsey have been licking his boots for three years and nine months. But, boy, come Labor Day, we’re going to get some separation.” Carville continued by asserting “the chances of that working are zero. He is gonna drag the whole outfit down with him.” He listed anti-Trump campaigns such as the Republican-led Lincoln Project “bludgeoning him every night” and spending “tens of millions of dollars” to stop Trump from being re-elected — or, in his words, “to extract this menace from the body politic.” Hosts: Cenk Uygur, Ana Kasparian Cast: Cenk Uygur, Ana Kasparian *** The Largest Online News Show in the World. Hosted by Cenk Uygur and Ana Kasparian. LIVE STREAMING weekdays 6-8pm ET. http://tyt.com/live Subscribe to The Young Turks on YouTube: http://youtube.com/subscription_center?add_user=theyoungturks TYT on Facebook: http://facebook.com/theyoungturks
TYT on Twitter: http://twitter.com/theyoungturks
TYT on Instagram: http://instagram.com/theyoungturks Merch: http://www.shoptyt.com Donate to TYT https://patreon.com/tytnetwork
http://tyt.com/donate Download audio and video of the full two-hour show on-demand + the members-only postgame show by becoming a member at http://tyt.com/join/. Your membership supports the day to day operations and is vital for our continued success and growth. Gift membership: http://tyt.com/gift Producer, Senior Producer, and Executive Producer membership: http://go.tyt.com/producer Young Turk (n), 1. Young progressive or insurgent member of an institution, movement, or political party. 2. A young person who rebels against authority or societal expectations. (American Heritage Dictionary) #TYT #TheYoungTurks #BreakingNews 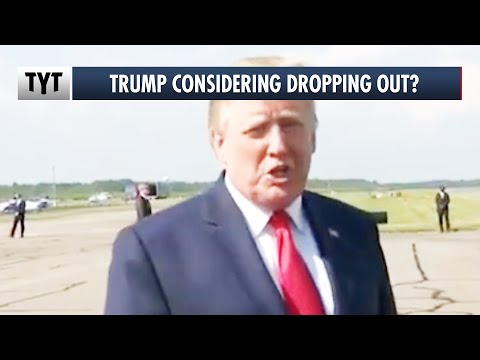