Thousands of people of color have shared their own accounts on social media of doctors dismissing their pain or making racist remarks, or of having near-death experiences because physicians did not give proper treatment. One woman told CBS News, "I have to be the angry loud Black woman making a scene for you to do something. …I used to want to avoid that, but when it comes down to my health, I'd rather you be uncomfortable and me not be dead." Subscribe to the CBS News Channel HERE: https://bit.ly/2uz8qYE
Watch CBSN live HERE: http://cbsn.ws/1PlLpZ7
Follow CBS News on Instagram HERE: https://www.instagram.com/cbsnews/
Like CBS News on Facebook HERE: http://facebook.com/cbsnews
Follow CBS News on Twitter HERE: http://twitter.com/cbsnews Get the latest news and best in original reporting from CBS News delivered to your inbox. Subscribe to newsletters HERE: http://cbsn.ws/1RqHw7T Get your news on the go! Download CBS News mobile apps HERE: http://cbsn.ws/1Xb1WC8 Get new episodes of shows you love across devices the next day, stream CBSN and local news live, and watch full seasons of CBS fan favorites like Star Trek Discovery anytime, anywhere with CBS All Access. Try it free! http://bit.ly/1OQA29B —
CBSN is the first digital streaming news network that will allow Internet-connected consumers to watch live, anchored news coverage on their connected TV and other devices. At launch, the network is available 24/7 and makes all of the resources of CBS News available directly on digital platforms with live, anchored coverage 15 hours each weekday. CBSN. Always On. 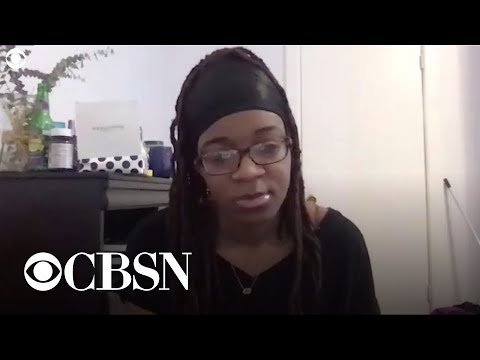 Midterm races heat up in Arizona

Midterm races heat up in Arizona