A disturbed woman who claims to be the Q-Anon spokesperson filmed her own meltdown at a Target. Cenk Uygur and Ana Kasparian discuss on The Young Turks. Keep Hope (and TYT) Alive: http://tyt.com/go Read more here: https://popculture.com/trending/news/watch-qanon-karen-arrested-raging-against-target-face-mask-display-rolex/ "An Arizona woman immediately dubbed "QAnon Karen" on social media was arrested after she pulled all the face masks off a display at a Scottsdale area Target. When employees told her to stop, she refused, claiming they let "everyone else" do that and they only targeted her because she is a blonde White woman wearing a $40,000 watch. In another video shared, the woman told police officers she was sent by President Donald Trump himself and is a spokesperson for QAnon."* Hosts: Cenk Uygur, Ana Kasparian Cast: Cenk Uygur, Ana Kasparian *** The Largest Online News Show in the World. Hosted by Cenk Uygur and Ana Kasparian. LIVE STREAMING weekdays 6-8pm ET. http://tyt.com/live Subscribe to The Young Turks on YouTube: http://youtube.com/subscription_center?add_user=theyoungturks TYT on Facebook: http://facebook.com/theyoungturks
TYT on Twitter: http://twitter.com/theyoungturks
TYT on Instagram: http://instagram.com/theyoungturks Merch: http://www.shoptyt.com Donate to TYT https://patreon.com/tytnetwork
http://tyt.com/donate Download audio and video of the full two-hour show on-demand + the members-only postgame show by becoming a member at http://tyt.com/join/. Your membership supports the day to day operations and is vital for our continued success and growth. Gift membership: http://tyt.com/gift Producer, Senior Producer, and Executive Producer membership: http://go.tyt.com/producer Young Turk (n), 1. Young progressive or insurgent member of an institution, movement, or political party. 2. A young person who rebels against authority or societal expectations. (American Heritage Dictionary) #TYT #TheYoungTurks #BreakingNews 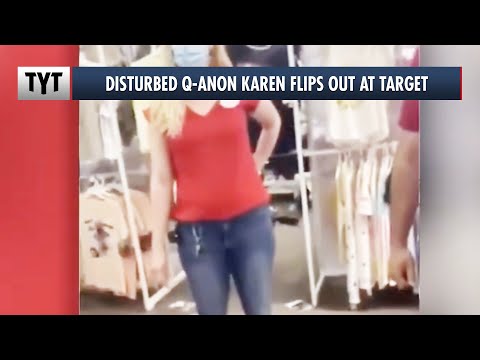