This clip is brought to you by our friends at Aspiration. Sign up for free and we'll plant 10 trees at https://Aspiration.com/TYT Tucker Carlson is a right-wing hack. Cenk Uygur and Ana Kasparian discuss on The Young Turks. Keep Hope (and TYT) Alive: http://tyt.com/go Read more here: https://www.usatoday.com/story/news/politics/2020/07/07/tammy-duckworth-slams-tucker-carlson-suggesting-she-hates-america/5389191002/ "WASHINGTON — Sen. Tammy Duckworth, D-Ill., who lost both legs in a 2004 helicopter crash during the Iraq War, hit back at Fox News host Tucker Carlson by asking if he wanted to "walk a mile in my legs" after he suggested she and other Democratic leaders "hate America." "You're not supposed to criticize Tammy Duckworth in any way because she served in the military," Carlson said in the opening monologue of his Monday show. "Most people just ignore her. But when Duckworth does speak in public, you're reminded of what a deeply silly and unimpressive person she is." "These people actually hate America," he said, adding later in the show that Democratic leaders "despise this country." Hosts: Cenk Uygur, Ana Kasparian Cast: Cenk Uygur, Ana Kasparian *** The Largest Online News Show in the World. Hosted by Cenk Uygur and Ana Kasparian. LIVE STREAMING weekdays 6-8pm ET. http://tyt.com/live Subscribe to The Young Turks on YouTube: http://youtube.com/subscription_center?add_user=theyoungturks TYT on Facebook: http://facebook.com/theyoungturks
TYT on Twitter: http://twitter.com/theyoungturks
TYT on Instagram: http://instagram.com/theyoungturks Merch: http://www.shoptyt.com Donate to TYT https://patreon.com/tytnetwork
http://tyt.com/donate Download audio and video of the full two-hour show on-demand + the members-only postgame show by becoming a member at http://tyt.com/join/. Your membership supports the day to day operations and is vital for our continued success and growth. Gift membership: http://tyt.com/gift Producer, Senior Producer, and Executive Producer membership: http://go.tyt.com/producer Young Turk (n), 1. Young progressive or insurgent member of an institution, movement, or political party. 2. A young person who rebels against authority or societal expectations. (American Heritage Dictionary) #TYT #TheYoungTurks #BreakingNews 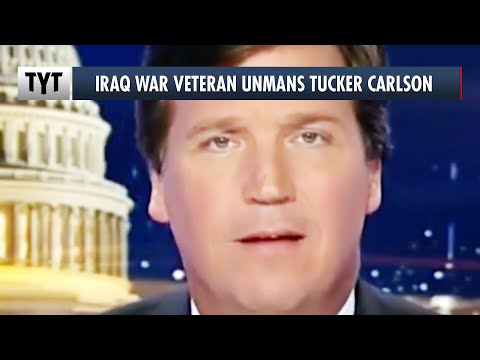