There has been a rash of anti-protesters using their cars to attack BLM protests. John Iadarola and Ana Kasparian discuss on The Young Turks. Keep Hope (and TYT) Alive: http://tyt.com/go Read more here: https://www.huffpost.com/entry/blm-protesters-vehicle-assaults_n_5f04efe0c5b63a72c33a21f1 "Protesters ran for their lives early Saturday as a man drove past a police barricade and barreled toward them in the wrong direction on a closed stretch of a Seattle freeway, where they had been peacefully demonstrating against police brutality. His car struck 32-year-old Diaz Love and 24-year-old Summer Taylor, sending them flying into the air as people screamed. Love was hospitalized in serious condition. Taylor died that night. Hours later, in Mishawaka, Indiana, a man in an SUV swerved around police barriers and into a crowd of protesters on a bridge, hitting and dragging 23-year-old Trevor Davis, who was hospitalized. Two days after that, on Monday night, a driver plowed into protesters in front of a courthouse in Bloomington, Indiana, before speeding away with two people desperately clinging to the roof of the car, causing them to fly off."* Hosts: John Iadarola, Ana Kasparian Cast: John Iadarola, Ana Kasparian *** The Largest Online News Show in the World. Hosted by Cenk Uygur and Ana Kasparian. LIVE STREAMING weekdays 6-8pm ET. http://tyt.com/live Subscribe to The Young Turks on YouTube: http://youtube.com/subscription_center?add_user=theyoungturks TYT on Facebook: http://facebook.com/theyoungturks
TYT on Twitter: http://twitter.com/theyoungturks
TYT on Instagram: http://instagram.com/theyoungturks Merch: http://www.shoptyt.com Donate to TYT https://patreon.com/tytnetwork
http://tyt.com/donate Download audio and video of the full two-hour show on-demand + the members-only postgame show by becoming a member at http://tyt.com/join/. Your membership supports the day to day operations and is vital for our continued success and growth. Gift membership: http://tyt.com/gift Producer, Senior Producer, and Executive Producer membership: http://go.tyt.com/producer Young Turk (n), 1. Young progressive or insurgent member of an institution, movement, or political party. 2. A young person who rebels against authority or societal expectations. (American Heritage Dictionary) #TYT #TheYoungTurks #BreakingNews 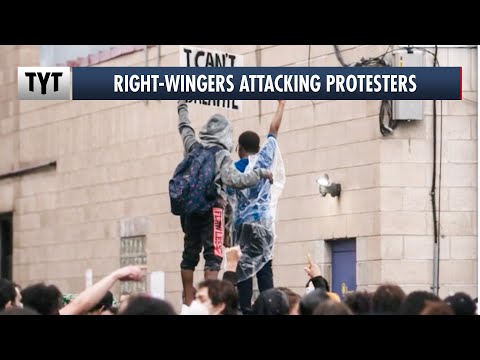