This clip is brought to you by our friends at Aspiration. Sign up for free and we'll plant 10 trees at https://Aspiration.com/TYT To be fair Trump is used to low ratings. Cenk Uygur and Ana Kasparian discuss on The Young Turks. Keep Hope (and TYT) Alive: http://tyt.com/go Read more here: https://time.com/5865261/tiktok-trump-campaign-app/ "The TikTok-tivists are at it again. Thousands of users of the popular video app flocked to the Apple App Store in the last few days to flood U.S. President Donald Trump’s 2020 campaign app with negative reviews. On Wednesday alone 700 negative reviews were left on the Official Trump 2020 app and 26 positive ones, according to tracking firm Sensor Tower. TikTok fans are retaliating for Trump’s threats of banning the app, which is owned by China’s Bytedance Ltd. and is hugely popular in the U.S., especially among teens. The thought of taking away a key social and entertainment hub in the midst of the Covid-19 pandemic has led to outrage. “For Gen Z and Millennials, TikTok is our clubhouse and Trump threatened it,” said Yori Blacc, a 19-year-old TikTok user in California who joined in the app protest. “If you’re going to mess with us, we will mess with you.” Hosts: Cenk Uygur, Ana Kasparian Cast: Cenk Uygur, Ana Kasparian *** The Largest Online News Show in the World. Hosted by Cenk Uygur and Ana Kasparian. LIVE STREAMING weekdays 6-8pm ET. http://tyt.com/live Subscribe to The Young Turks on YouTube: http://youtube.com/subscription_center?add_user=theyoungturks TYT on Facebook: http://facebook.com/theyoungturks
TYT on Twitter: http://twitter.com/theyoungturks
TYT on Instagram: http://instagram.com/theyoungturks Merch: http://www.shoptyt.com Donate to TYT https://patreon.com/tytnetwork
http://tyt.com/donate Download audio and video of the full two-hour show on-demand + the members-only postgame show by becoming a member at http://tyt.com/join/. Your membership supports the day to day operations and is vital for our continued success and growth. Gift membership: http://tyt.com/gift Producer, Senior Producer, and Executive Producer membership: http://go.tyt.com/producer Young Turk (n), 1. Young progressive or insurgent member of an institution, movement, or political party. 2. A young person who rebels against authority or societal expectations. (American Heritage Dictionary) #TYT #TheYoungTurks #BreakingNews 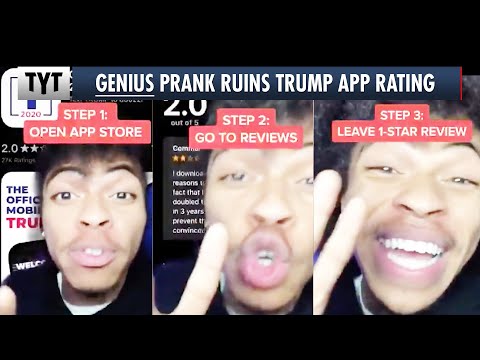