President Donald Trump on Friday commuted the prison sentence of his longtime friend Roger Stone, who was convicted of crimes that included lying to Congress in part, prosecutors said, to protect the President. The announcement came just days before Stone was set to report to a federal prison in Georgia.
Stone was convicted in November of seven charges — including lying to Congress, witness tampering and obstructing a congressional committee proceeding — as part of former special counsel Robert Mueller's Russia investigation. Among the things he misled Congress about were his communications with Trump campaign officials — communications that prosecutors said Stone hid out of his desire to protect Trump.
Trump's decision to pardon his friend and political adviser is the crescendo of a months-long effort to rewrite the history of the Mueller investigation. This has included selective declassification of intelligence materials, a ramped-up counter-investigation into the origins of the Russia probe and attempts to drop the case against Michael Flynn.
"Roger Stone is a victim of the Russia Hoax that the Left and its allies in the media perpetuated for years in an attempt to undermine the Trump Presidency," said Kayleigh McEnany, the White House press secretary. "There was never any collusion between the Trump Campaign, or the Trump Administration, with Russia." #Trump #CNN #News 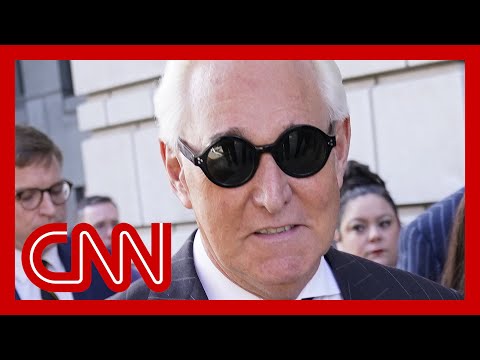