Trump advisers leaking to press about his whining. Cenk Uygur and Ana Kasparian discuss on The Young Turks. Keep Hope (and TYT) Alive: http://tyt.com/go Read more here: https://www.mediaite.com/trump/trump-aides-tried-to-cheer-him-up-during-pandemic-by-bringing-big-trucks-to-white-house-report/ "With the pandemic ongoing and his poll numbers continuing to tank, President Donald Trump has reportedly been down in the dumps. And so the president’s closest advisers have sought to cheer him up in recent weeks. By bringing him some trucks to play with. On April 16, a fleet of 18-wheelers rolled into the White House for an event celebrating America’s Truckers. According to the Washington Post, that event was the brainchild of Trump advisers including Hope Hicks and Dan Scavino — who thought the best way to lift the president’s spirits was to bring him some toys."* Hosts: Cenk Uygur, Ana Kasparian Cast: Cenk Uygur, Ana Kasparian *** The Largest Online News Show in the World. Hosted by Cenk Uygur and Ana Kasparian. LIVE STREAMING weekdays 6-8pm ET. http://tyt.com/live Subscribe to The Young Turks on YouTube: http://youtube.com/subscription_center?add_user=theyoungturks TYT on Facebook: http://facebook.com/theyoungturks
TYT on Twitter: http://twitter.com/theyoungturks
TYT on Instagram: http://instagram.com/theyoungturks Merch: http://www.shoptyt.com Donate to TYT https://patreon.com/tytnetwork
http://tyt.com/donate Download audio and video of the full two-hour show on-demand + the members-only postgame show by becoming a member at http://tyt.com/join/. Your membership supports the day to day operations and is vital for our continued success and growth. Gift membership: http://tyt.com/gift Producer, Senior Producer, and Executive Producer membership: http://go.tyt.com/producer Young Turk (n), 1. Young progressive or insurgent member of an institution, movement, or political party. 2. A young person who rebels against authority or societal expectations. (American Heritage Dictionary) #TYT #TheYoungTurks #BreakingNews 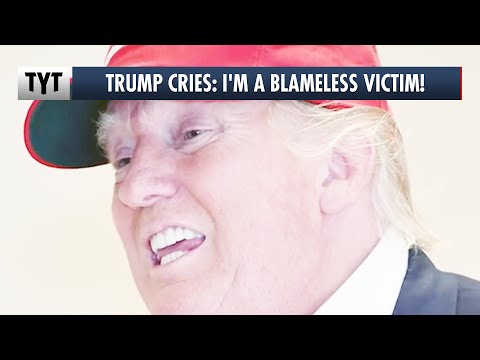