The White House is making a concerted effort to discredit Dr. Anthony Fauci as he becomes increasingly vocal about his concerns over reopening the country amid a national surge in coronavirus cases. The moves to undercut Fauci come just days after he gave an unvarnished look at his relationship with President Donald Trump, including that they have not spoken in weeks.
The tension between the two men — who are no longer speaking, CNN reported last week — has grown publicly as they have responded to one another through interviews and statements.
Trump does not plan to dismiss Fauci, and probably couldn't directly fire him if he wanted to, White House officials have determined. He insisted on that his relationship with the doctor remains strong.
"I have a very good relationship with Dr. Fauci, I've had for a long time," Trump said at the White House during a roundtable event honoring police officers. "I find him to be a very nice person. I don't always agree with him." #Trump #CNN #News 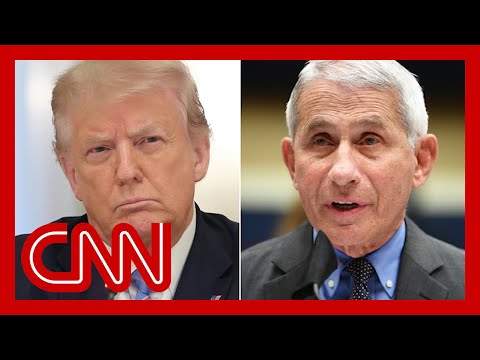