Catch Benjamin's show HERE: https://podcasts.apple.com/us/podcast/the-benjamin-dixon-show/id954648487 This cop needs to have his day in court. John Iadarola and Benjamin Dixon discuss on The Young Turks. Keep Hope (and TYT) Alive: http://tyt.com/go Read more here: https://www.theguardian.com/us-news/2020/jul/14/revealed-phoenix-womans-brutal-police-assault-shown-on-body-camera-footage "One week after police in Phoenix, Arizona, were caught on camera surrounding a parked car and killing a man inside, a young woman is coming forward with footage of a brutal assault by another officer in the department. Mariah Valenzuela, 23, was pulled over one night in January for a minor traffic violation. Body-camera footage obtained by the Guardian shows that the officer involved, Michael McGillis, would not tell the unarmed woman why he stopped her, and that seconds after she said she didn’t have ID on her, he tackled and slammed her on to the ground, injuring her head, face, hands and legs." Hosts: John Iadarola, Benjamin Dixon Cast: John Iadarola, Benjamin Dixon *** The Largest Online News Show in the World. Hosted by Cenk Uygur and Ana Kasparian. LIVE STREAMING weekdays 6-8pm ET. http://tyt.com/live Subscribe to The Young Turks on YouTube: http://youtube.com/subscription_center?add_user=theyoungturks TYT on Facebook: http://facebook.com/theyoungturks
TYT on Twitter: http://twitter.com/theyoungturks
TYT on Instagram: http://instagram.com/theyoungturks Merch: http://www.shoptyt.com Donate to TYT https://patreon.com/tytnetwork
http://tyt.com/donate Download audio and video of the full two-hour show on-demand + the members-only postgame show by becoming a member at http://tyt.com/join/. Your membership supports the day to day operations and is vital for our continued success and growth. Gift membership: http://tyt.com/gift Producer, Senior Producer, and Executive Producer membership: http://go.tyt.com/producer Young Turk (n), 1. Young progressive or insurgent member of an institution, movement, or political party. 2. A young person who rebels against authority or societal expectations. (American Heritage Dictionary) #TYT #TheYoungTurks #BreakingNews 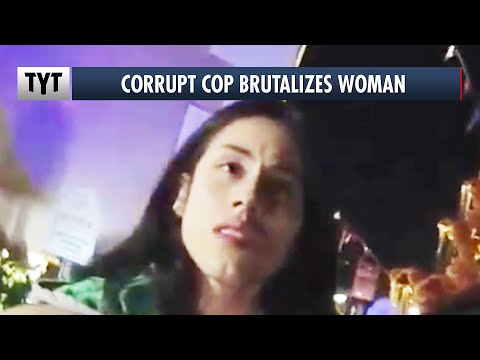