Catch Benjamin's show HERE: https://podcasts.apple.com/us/podcast/the-benjamin-dixon-show/id954648487 The poll numbers don’t look great for Trump in 2020. John Iadarola and Benjamin Dixon discuss on The Young Turks. Keep Hope (and TYT) Alive: http://tyt.com/go Read more here: https://thehill.com/homenews/administration/507361-trump-uses-rose-garden-event-to-attack-biden "President Trump had been speaking for nearly an hour on Tuesday in the Rose Garden, where the 90-degree heat was beating down on reporters who listened as he levied attack after attack against Joe Biden, when he glanced up at the journalists seated in front of him. “We could go on for days,” Trump said. Trump used the famous White House setting for what amounted to a pseudo-campaign speech, going after his likely opponent in November at length over his past stances on China and his campaign platform on climate change, immigration, the economy and more." Hosts: John Iadarola, Benjamin Dixon Cast: John Iadarola, Benjamin Dixon *** The Largest Online News Show in the World. Hosted by Cenk Uygur and Ana Kasparian. LIVE STREAMING weekdays 6-8pm ET. http://tyt.com/live Subscribe to The Young Turks on YouTube: http://youtube.com/subscription_center?add_user=theyoungturks TYT on Facebook: http://facebook.com/theyoungturks
TYT on Twitter: http://twitter.com/theyoungturks
TYT on Instagram: http://instagram.com/theyoungturks Merch: http://www.shoptyt.com Donate to TYT https://patreon.com/tytnetwork
http://tyt.com/donate Download audio and video of the full two-hour show on-demand + the members-only postgame show by becoming a member at http://tyt.com/join/. Your membership supports the day to day operations and is vital for our continued success and growth. Gift membership: http://tyt.com/gift Producer, Senior Producer, and Executive Producer membership: http://go.tyt.com/producer Young Turk (n), 1. Young progressive or insurgent member of an institution, movement, or political party. 2. A young person who rebels against authority or societal expectations. (American Heritage Dictionary) #TYT #TheYoungTurks #BreakingNews 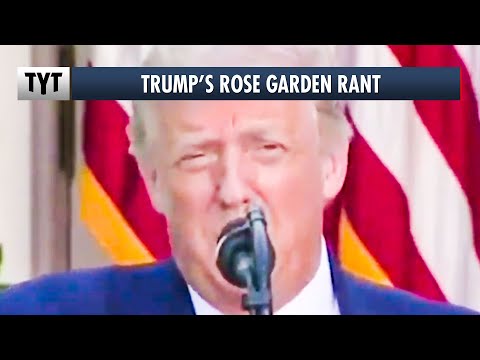