One of Afghanistan’s largest cities remains on edge, after a gun battle between Daesh fighters and security forces. The violence erupted on Sunday evening – when the terrorist group bombed a prison housing Daesh and Taliban prisoners. 29 people are confirmed dead and at least 50 have been injured. The fighting broke out as a prisoner swap continues between the Taliban and Afghan government… An exchange Daesh has been excluded from. Melinda Nucifora has more.
#afghanistan #daesh #taliban Subscribe: http://trt.world/subscribe
Livestream: http://trt.world/ytlive
Facebook: http://trt.world/facebook
Twitter: http://trt.world/twitter
Instagram: http://trt.world/instagram
Visit our website: http://trt.world 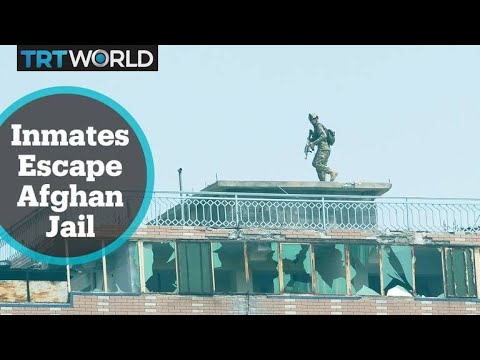 What Trump supporter told his daughter before dying from virus

Sen. Baldwin on SCOTUS Fight: ‘Our strongest hope is to engage the American public’