With less than 50 days until the November election, US intelligence is warning of an expanded campaign by foreign states to influence the vote. While President Trump continues to downplay US intelligence reports on Russia’s hand in the 2016 election, the White House is now accused of suppressing intelligence reports on Moscow’s alleged interference efforts and directing the Department of Homeland Security to focus attention on alleged Chinese and Iranian efforts to influence the election. Is Beijing a bigger threat to the integrity of the US elections than Moscow — or is the Trump administration politicizing the intelligence to suit its political interests? And it isn’t just major foreign governments that are accused of trying to meddle in the upcoming presidential and congressional elections in the US, some foreign organizations have also long been suspected of trying to influence the outcome of the vote. Diaspora communities in the US can play an influential role as they rally around political candidates and donate to their campaigns. In 2016, Indian Americans donated over $10 million dollars to democratic candidates, but with President Trump’s strong support for Prime Minister Narendra Modi, could nationalist interests in both countries sway Indian diaspora voters in the US? Guests: Mark Zaid- Attorney for DHS Whistleblower Brian Murphy Evelyn Farkas- Former Deputy Assistant Secretary of Defense for Russia, Ukraine and Eurasia Ajay Shah- Executive Vice President of the World Hindu Council of America (Vishwa Hindu Parishad of America) Subscribe: http://trt.world/subscribe
Livestream: http://trt.world/ytlive
Facebook: http://trt.world/facebook
Twitter: http://trt.world/twitter
Instagram: http://trt.world/instagram
Visit our website: http://trt.world 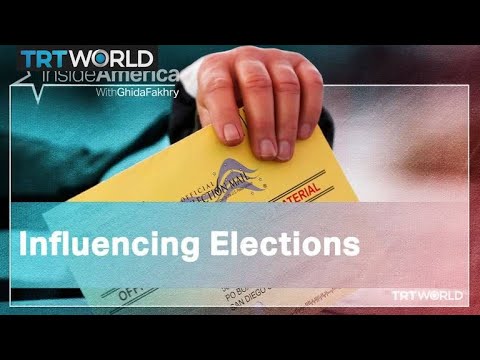