A disturbing new survey finds a lack of basic knowledge about the Holocaust among young Americans. Almost half of Americans between the ages of 18 and 39 couldn't name a single concentration camp or ghetto, and nearly two-thirds did not know that six million Jews were murdered by the Nazis. Gideon Taylor, the president of the Conference on Jewish Material Claims against Germany, joined CBSN with more. 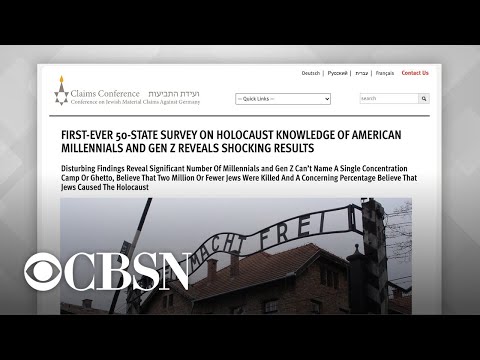