The United States has more guns in circulation than people — 393 million guns owned by civilians for a population of 331 million. Around 43% of american households have one or more firearms at home. And Americans alone own about 40% of all civilian-owned guns in the world. And with more guns, there are more shootings. 2019 saw more mass shootings across the U.S. than there were days in the year, according to the nonprofit group, Gun Violence Archive ; the highest number of mass shootings since that organization started tracking data. By the end of the year, 417 mass shootings were recorded. With this alarming trend, and with this year’s surge in first-time gun owners in the US — now estimated at 5 million — the debate over gun control and the second amendment, which gives Americans the right to bear arms, has intensified —becoming a key electoral issue. In this episode, we look at the gun debate in the lead up to the federal election. Guests:
Joshua Powell
Former NRA Chief of Staff Sharon Pratt
Former Mayor of the District of Columbia Subscribe: http://trt.world/subscribe
Livestream: http://trt.world/ytlive
Facebook: http://trt.world/facebook
Twitter: http://trt.world/twitter
Instagram: http://trt.world/instagram
Visit our website: http://trt.world 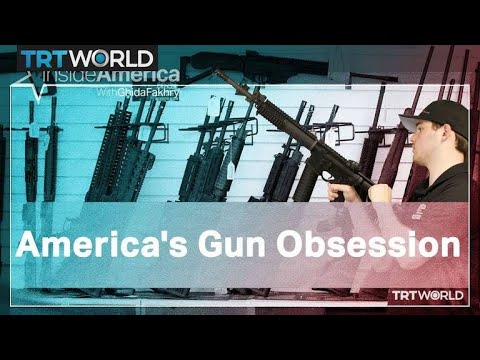 He got an offer to join Trump’s legal team. Hear why he turned it down