President Trump on Wednesday night refused to say if he would accept the results of the upcoming election. The comments came as the president continued to suggest the election may end up being decided by the Supreme Court. CBS News White House correspondent Weijia Jiang and CBS News political correspondent Ed O'Keefe joined CBSN's Lana Zak to discuss. 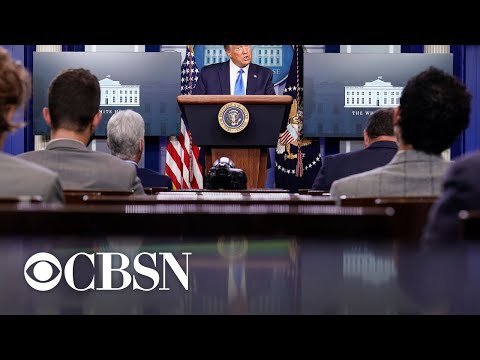