Libya's warring groups have signed an agreement on a permanent ceasefire. The deal brokered by the UN is between military leaders from Libya's government, and those from illegal militias led by the warlord Khalifa Haftar. The country has been plagued by conflict ever since Muammar Gaddafi was deposed by Nato-backed forces in 2011. The UN says the ceasefire would start immediately and that under the agreement, all foreign fighters must quit Libya within three months. Laila Humairah reports. #libya #haftar #libyaceasefire Subscribe: http://trt.world/subscribe
Livestream: http://trt.world/ytlive
Facebook: http://trt.world/facebook
Twitter: http://trt.world/twitter
Instagram: http://trt.world/instagram
Visit our website: http://trt.world 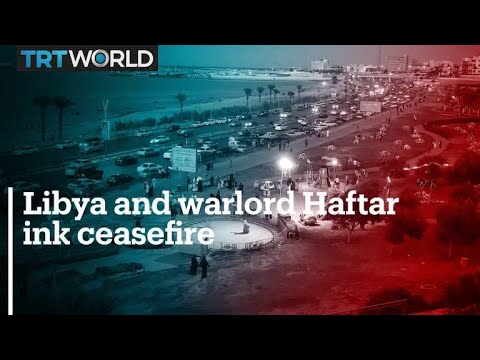 How To Deal With Right-Wing Family Members

ICU nurse’s take on ‘How It Started …’ meme goes viral

Thousands Line Up At Honda Center For Free Thanksgiving Meals