The US administration is expected to formalize the end of Washington's combat mission in Iraq by the end of the year, shifting to what US officials say will be the training and advising of Iraqi forces. There are currently an estimated 2,500 U.S. troops still in Iraq. But following the US’ troop pullout from Afghanistan at the end of August and the ensuing total collapse of the Afghan government, some Iraqis are wary about what the US troop withdrawal could mean for their country. In this episode, we look back at the legacy of the US occupation and the decisions made by the Coalition Provisional Authority (CPA), established in the aftermath of the invasion in March of 2003, to rule Iraq. Guests: Paul Bremer
Provisional Coalition Administrator of Iraq (2003) Anthony Zinni
Commander in Chief of the US Central Command (1997-2000) Subscribe: http://trt.world/subscribe
Livestream: http://trt.world/ytlive
Facebook: http://trt.world/facebook
Twitter: http://trt.world/twitter
Instagram: http://trt.world/instagram
Visit our website: http://trt.world 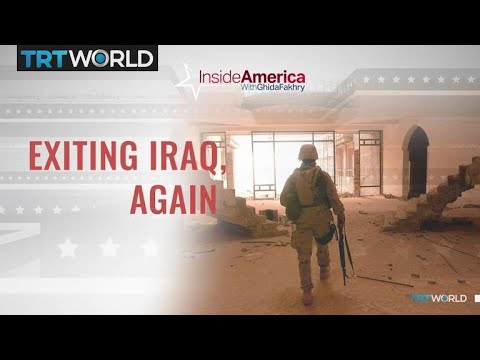 CBSNLA: The Rundown (Sept. 24 AM Edition)