Law enforcement increased security measures ahead of Saturday's protest in Washington, D.C., as demonstrators showed support for the rioters who were charged for their roles in the attack on the U.S. Capitol in January. A recent poll shows 61% of Republicans say former President Trump was not responsible for the attack, and about 27% of Republicans say it's very or somewhat likely he will be reinstated as president by the end of the year. Jennifer Lim, founder and executive director of Republican Women for Congress, and Kevin Sheridan, former Republican National Committee spokesman, joined CBSN to discuss the future of the GOP. CBSN is CBS News’ 24/7 digital streaming news service featuring live, anchored coverage available for free across all platforms. Launched in November 2014, the service is a premier destination for breaking news and original storytelling from the deep bench of CBS News correspondents and reporters. CBSN features the top stories of the day as well as deep dives into key issues facing the nation and the world. CBSN has also expanded to launch local news streaming services in major markets across the country. CBSN is currently available on CBSNews.com and the CBS News app across more than 20 platforms, as well as the Paramount+ subscription service. Subscribe to the CBS News YouTube channel: http://youtube.com/cbsnews​
Watch CBSN live: http://cbsn.ws/1PlLpZ7c​
Download the CBS News app: http://cbsn.ws/1Xb1WC8​
Follow CBS News on Instagram: https://www.instagram.com/cbsnews/​
Like CBS News on Facebook: http://facebook.com/cbsnews​
Follow CBS News on Twitter: http://twitter.com/cbsnews​
Subscribe to our newsletters: http://cbsn.ws/1RqHw7T​
Try Paramount+ free: https://bit.ly/2OiW1kZ For video licensing inquiries, contact: [email protected] 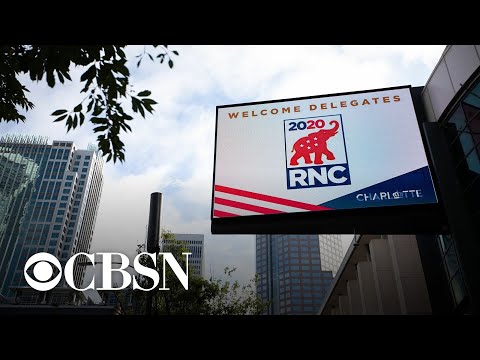 Trump-backed Liz Cheney challenger leading in poll ahead of primary