The passing on Monday of General Colin Powell, an icon of US military and political life, revered by Republicans and Democrats alike, and whose illustrious career at the service of both Republican and Democratic Presidents is quite uncommon, has reignited the debate over Powell’s responsibility in making the case for war in Iraq, internationally, and to the American people. The four-star general, son of Jamaican immigrants, who served directly under Presidents George HW Bush, Bill Clinton and George W Bush, died from Covid complications at the age of 84. He was suffering from multiple myeloma, a type of blood cancer that can severely compromise the immune system. Despite being a member of the Republican Party, Powell endorsed Democratic candidates in the last 4 presidential elections, starting with Barack Obama in 2008. He was also a vocal critic of former President Donald Trump, calling him a “national disgrace” who should have been removed from office through impeachment. Following the Jan 6 storming of the US Capitol, Powell said he no longer considered himself a Republican. Despite his trailblazing record as the first Black American to hold the highest national security positions, Powell’s legacy remains overshadowed by his public advocacy for the 2003 invasion of Iraq and his infamous presentation before the United Nations Security Council on February 5th, 2003, claiming that President Saddam Hussein had weapons of mass destruction and presented a gathering and imminent danger. Powell later called it a permanent “blot” on his record. One issue Powell was particularly critical of, over the last few years, was the US military prison at Guantanamo Bay. He criticized the Bush administration’s treatment of detainees and called for closing the military detention facility, saying it would be in the “best interest” of the US to do so. Asked earlier this year if President Biden would shut the prison at Guantanamo by the time his presidency ends, White House spokeswoman Jen Psaki told reporters: “That certainly is our goal and our intention.” Meanwhile, the Biden Administration has told the US Supreme Court that it will allow Abu Zubaydah, a Guantanamo detainee who has never been charged, to present limited testimony about his alleged torture by the CIA. Earlier this month, the Supreme Court began hearing arguments in Abu Zubaydah’s case to determine if testimony from CIA agents and contractors who oversaw his torture, can be subpoenaed. Guests: Sarah Leah Whitson
Executive Director of Democracy for the Arab World Now Mark Denbeaux
Attorney for Guantanamo Bay Detainees and Director of the Seton Hall Law School for Policy and Research Moazzam Begg Former Guantanamo Bay Prisoner and Director of Outreach for CAGE Subscribe: http://trt.world/subscribe
Livestream: http://trt.world/ytlive
Facebook: http://trt.world/facebook
Twitter: http://trt.world/twitter
Instagram: http://trt.world/instagram
Visit our website: http://trt.world 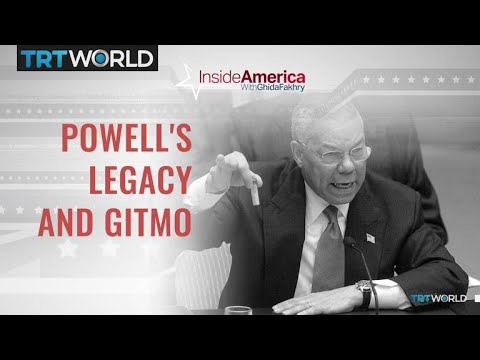