Paid family leave, one of the hallmarks of President Joe Biden's social safety net agenda, is in jeopardy of being pared down once again or even cut from a major spending bill over a lack of support from Joe Manchin. Democratic leaders are telling members to embrace the spending bill, even as progressives see several major policy goals get tossed. Kyrsten Sinema was confronted by a self-described constituent as she walked through an airport. The border patrol agent who posted a doctored sex photo of Alexandria Ocasio-Cortez got away with it. Mitt Romney expressed concern that taxing billionaires could cause them to invest in paintings or ranches rather than things that build jobs. A university founded by evangelist Jerry Falwell reportedly threatened to punish students who reported rapes. The value of Trump’s new social media SPAC is soaring. Charlie Kirk was asked at a TPUSA event, "how many elections are they gonna steal before we kill these people?" Donald Trump Jr. is looking to profit off of the death of cinematographer Halyna Hutchins by selling t-shirts that mock the tragic movie set shooting. A judge found that Ontario women were defamed in a social media firestorm over an alleged George Floyd post. Be The Change http://TYT.com/Change
#TYT #TheYoungTurks #BreakingNews Support The Young Turks by Subscribing http://www.youtube.com/subscription_center?add_user=theyoungturks Like Us on Facebook: http://www.facebook.com/TheYoungTurks
Follow Us on Twitter: http://www.twitter.com/TheYoungTurks Buy TYT Merch: http://shoptyt.com 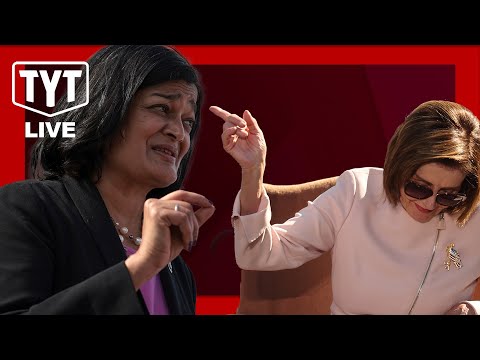