ABC's Maggie Rulli reports on the presidential elections in Honduras, which could have major implications for both immigration and the war on drugs in the U.S. ABC News Live Prime, Weekdays at 7 EST & 9 EST
WATCH the ABC News Livestream: https://bit.ly/3rzBHum
SUBSCRIBE to ABC News: https://bit.ly/2vZb6yP
WATCH MORE on http://abcnews.go.com/
LIKE ABC News on FACEBOOK: https://www.facebook.com/abcnews
FOLLOW ABC News on TWITTER: https://twitter.com/abc #ABCNL #HONDURAS #GLOBALPOLITICS #PRESIDENTIALELECTION 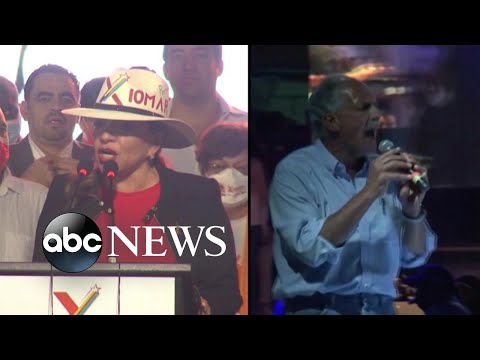 Biden must figure out how to get a legislative win: Hemmer