Investigators revealed their concerns about the behavior of the Michigan high school shooting suspect leading up to the tragedy. The Michigan school shooter's mom wrote an open letter to Trump in 2016, thanking him for preserving their 1st Amendment rights, and celebrating his sexual assault. White House Press Secretary Jen Psaki responded to a question from Fox News’ Peter Doocy by unloading on former President Donald Trump over his secret positive Covid test and handling of the coronavirus. Senate Minority Leader Mitch McConnnell rejected calls for a government shutdown, which is scheduled to take place at the end of the week unless there’s a bill to fund the government. According to a new report, people living on the streets in Los Angeles during the coronavirus pandemic suffered a wave of “preventable” deaths, with nearly 1,500 dying. With year-end increases and bonuses in hand, will employees continue to head out the door? A Washington school board meeting was cut short after two attendees interrupted the Black superintendent by playing recordings of a racial slur. In a recent interview, Trump complained about not getting credit for the large crowd at his January 6th "Stop the Steal" rally by supporters seeking to overturn the results of the 2020 election. Lin Wood’s bonkers war on Dan Bongino and Tucker Carlson has gotten even more ugly. Be The Change http://TYT.com/Change
#TYT #TheYoungTurks #BreakingNews Support The Young Turks by Subscribing http://www.youtube.com/subscription_center?add_user=theyoungturks Like Us on Facebook: http://www.facebook.com/TheYoungTurks
Follow Us on Twitter: http://www.twitter.com/TheYoungTurks Buy TYT Merch: http://shoptyt.com 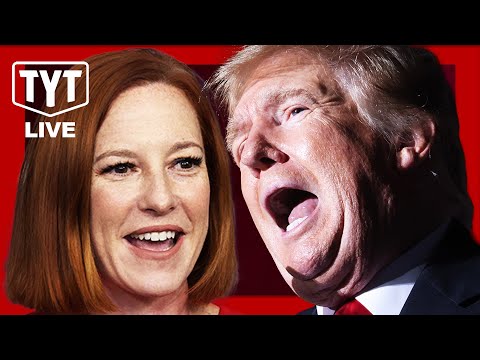 Woman shot in face while trying to prevent daughter’s kidnapping in...