The parents of the Michigan school shooting suspect are being held on $500,000 bond each after an hours-long manhunt. Rep. John Yarmuth slammed Rep. Thomas Massie for a photo Massie tweeted celebrating guns in the wake of the deadly school shooting in Michigan. Kim Iversen thinks the sweet, angelic image of Ethan Crumbly being used by the media is a conspiracy against white people. Chris Cuomo, newly fired from CNN, faces an allegation of sexual misconduct. Based on data compiled by Global Justice Now, "just 8 top Pfizer and Moderna shareholders" added a combined $10.31 billion to their fortunes last week after stock prices soared in response to the emergence of Omicron. Mississippi Gov. Tate Reeves dismissed questions about the health of women after stating he would ban all abortions in his state if the conservative Supreme Court opens the door for him with a ruling expected next year. Madison Cawthorn sparked outrage after using the phrase 'earthen vessels' in anti-abortion speech. A horde of White Nationalists paraded down the National Mall while calling to “reclaim America,” this weekend. A San Francisco restaurant was flooded with hundreds of one-star reviews after staff refused to serve three armed police officers and asked them to leave. Trump bragged to Mark Levin that he stayed in office for four years because he fired James Comey. Rep. Marjorie Taylor Greene compared Covid-19 and cancer in a four-tweet thread. Be The Change http://TYT.com/Change
#TYT #TheYoungTurks #BreakingNews Support The Young Turks by Subscribing http://www.youtube.com/subscription_center?add_user=theyoungturks Like Us on Facebook: http://www.facebook.com/TheYoungTurks
Follow Us on Twitter: http://www.twitter.com/TheYoungTurks Buy TYT Merch: http://shoptyt.com 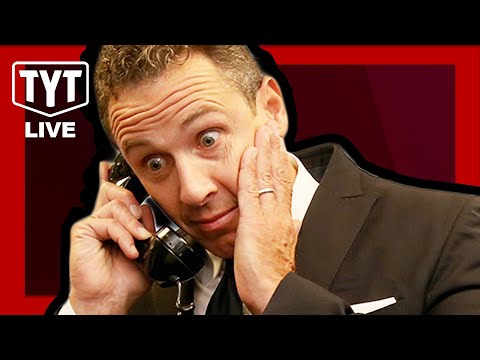 How GOP members set the stage for Democrats’ latest wins