The British Prime Minister's office has apologised to Queen Elizabeth for a moment that may well be the low point of an ongoing scandal. Boris Johnson and a number of his civil servants are already being investigated for a series of parties that were held when the UK was in a nationwide lockdown last year. The apology has come after news of a rule-breaking party at Downing Street the evening before the Queen observed social distancing rules and sat alone during her husband, Prince Philip's funeral. The opposition is demanding Johnson resign and members of his own party are calling for a leadership election. Subscribe: http://trt.world/subscribe
Livestream: http://trt.world/ytlive
Facebook: http://trt.world/facebook
Twitter: http://trt.world/twitter
Instagram: http://trt.world/instagram
Visit our website: http://trt.world 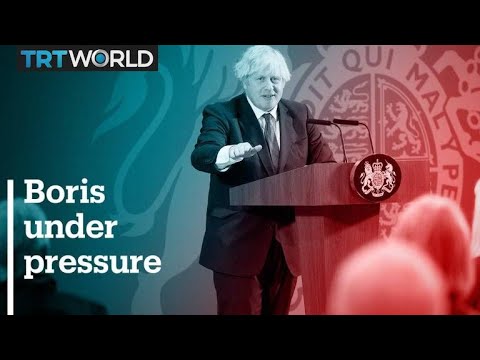 Tunnels to Towers founder on honoring heroes and their families

Vice President Harris calls for Congress to act amid recent mass shootings in the U.S.

2 people rescued from burning NoHo building after it burst into...