Senator Kyrsten Sinema of Arizona said she would not support undermining the Senate filibuster to enact new voting rights laws, presenting a major obstacle for President Biden’s drive to push the protections through Congress. CNN featured an explosive showdown between former Sen. Bernie Sanders (I-VT) surrogate Nina Turner and Jonathan Kott, former senior adviser to Sen. Joe Manchin (D-WV). Bernie Sanders and two of his Senate colleagues on Friday demanded that the Wall Street behemoth BlackRock, the largest shareholder in Warrior Met Coal, intervene on the side of Alabama miners as they continue their strike for fair wages and benefits. Conservatives are ripping Supreme Court Associate Justice Brett Kavanaugh online after he sided with the court’s liberal wing to save President Joe Biden’s vaccine mandate for health care workers. Attempts to remove books from school libraries have increased, spurred by activism from conservative parent groups and resistance to teaching socially progressive ideas in schools. Joe Rogan admits guest “made him look dumb” on his show while discussing myocarditis. Florida state Rep introduces bill that would monitor teachers with cameras and microphones in every classroom so that parents can critique and complain about what’s being taught. Kamala Harris is getting crushed for her non-answer about changing up COVID strategy. Cops in Virginia Beach have been accused of forging documents that tied suspects' DNA to a crime in an effort to coerce confessions or cooperation from people under interrogation. Be The Change http://TYT.com/Change
#TYT #TheYoungTurks #BreakingNews Support The Young Turks by Subscribing http://www.youtube.com/subscription_center?add_user=theyoungturks Like Us on Facebook: http://www.facebook.com/TheYoungTurks
Follow Us on Twitter: http://www.twitter.com/TheYoungTurks Buy TYT Merch: http://shoptyt.com 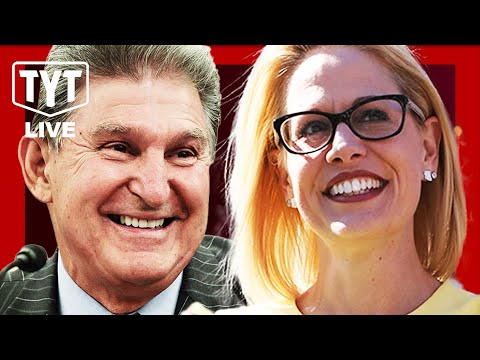 Country shows what life is like after massive Omicron wave