The real cause of the crisis in our hospitals is greed. Congressional Democrats are joining Republicans in a last-ditch effort to undermine the newly implemented No Surprises Act, which bans surprise medical bills. The New York State attorney general accused Donald J. Trump’s family business of repeatedly misrepresenting the value of its assets to bolster its bottom line. More than 100 members of the global super-rich called for governments around the world to “tax us now” to help pay for the pandemic response and tackle the gulf between rich and poor. Beginning this month, online business owners who sell their goods and services through sites like Venmo, Etsy, and Airbnb will be sent tax forms if they have received payments of more than $600. How a married undercover cop having sex with activists killed a climate movement. Police officers step in as substitute teachers in Oklahoma. Microsoft acquired a massive video game company mired in scandal for almost $68 billion. A U.S. Senate candidate from Louisiana smokes marijuana in new campaign ad. The U.S. has a homegrown model for a better health care system. Be The Change http://TYT.com/Change
#TYT #TheYoungTurks #BreakingNews Support The Young Turks by Subscribing http://www.youtube.com/subscription_center?add_user=theyoungturks Like Us on Facebook: http://www.facebook.com/TheYoungTurks
Follow Us on Twitter: http://www.twitter.com/TheYoungTurks Buy TYT Merch: http://shoptyt.com 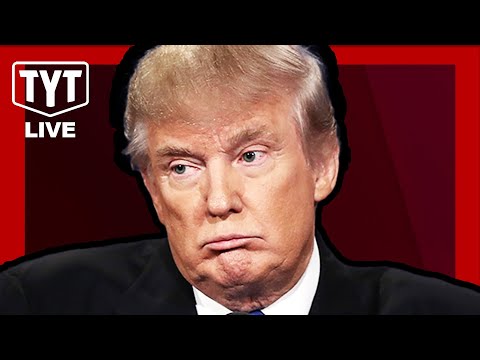