When United Airlines joined the efforts to evacuate Afghan refugees, one pilot knew he had to join in. Zak Khogyani had fled Afghanistan himself as a child, nearly four decades ago – and he ended up helping over 1,000 Afghans on their journey to the U.S. last summer. Caitlin O'Kane has more with The Uplift. CBSN is CBS News’ 24/7 digital streaming news service featuring live, anchored coverage available for free across all platforms. Launched in November 2014, the service is a premier destination for breaking news and original storytelling from the deep bench of CBS News correspondents and reporters. CBSN features the top stories of the day as well as deep dives into key issues facing the nation and the world. CBSN has also expanded to launch local news streaming services in major markets across the country. CBSN is currently available on CBSNews.com and the CBS News app across more than 20 platforms, as well as the Paramount+ subscription service. Subscribe to the CBS News YouTube channel: http://youtube.com/cbsnews​
Watch CBSN live: http://cbsn.ws/1PlLpZ7c​
Download the CBS News app: http://cbsn.ws/1Xb1WC8​
Follow CBS News on Instagram: https://www.instagram.com/cbsnews/​
Like CBS News on Facebook: http://facebook.com/cbsnews​
Follow CBS News on Twitter: http://twitter.com/cbsnews​
Subscribe to our newsletters: http://cbsn.ws/1RqHw7T​
Try Paramount+ free: https://bit.ly/2OiW1kZ For video licensing inquiries, contact: [email protected] 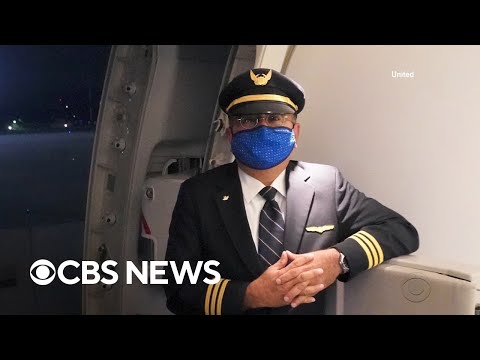