Senate Democrats made the case for legislation to counter an onslaught of new voting restrictions around the country, but they failed to overcome a Republican blockade or unite their own members behind a change in filibuster rules to pass it. Texas' GOP attorney general told Steve Bannon on his podcast “we're done if anybody can vote” after a recent court ruling. President Joe Biden doesn't believe public opinion polls that show his popularity waning among voters who identify as politically independent. Biden also declined to say if the upcoming election would be fair and legitimate without voting rights reform. The FBI visited the Texas home of Rep. Henry Cuellar (D-TX) as part of a “court-authorized law enforcement activity.” Newsmax let the Hungarian Minister of Foreign Affairs and Trade platform horrific anti-LGBTQ+ laws with zero pushback. Invoking Tucker Carlson, a militia-linked radio host called for “100 million people to take up arms to defend our nation.” Iowa Rep. Ashley Hinson touted "game-changing" funding aiming to modernize locks and dams on the Mississippi River — even though she voted against it. Students at Wharton were asked what the average American worker makes per year. Twenty-five percent of them thought it was over six figures. A reporter got hit by a car on live TV and continued reporting. Be The Change http://TYT.com/Change
#TYT #TheYoungTurks #BreakingNews Support The Young Turks by Subscribing http://www.youtube.com/subscription_center?add_user=theyoungturks Like Us on Facebook: http://www.facebook.com/TheYoungTurks
Follow Us on Twitter: http://www.twitter.com/TheYoungTurks Buy TYT Merch: http://shoptyt.com 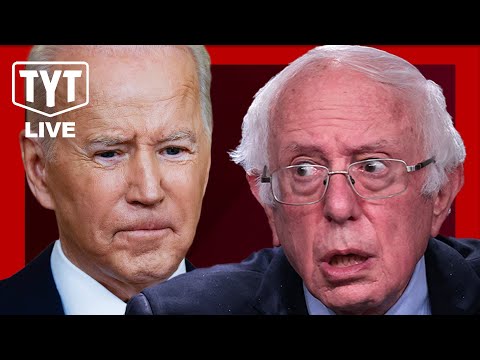