Supreme Court Justice Clarence Thomas’ wife Ginni Thomas may have contributed to some of her husband’s rulings over the years as she is a prominent member of C.N.P. Action, a dark money group that connects radical right-wingers to wealthy donors. Oh and believes that the country is in danger from the “fascist left” and supports the MAGA movement. Cenk Uygur, John Iadarola, and Rayyvana discuss on The Young Turks. Watch LIVE weekdays 6-8 pm ET. http://youtube.com/theyoungturks/live Read more HERE: https://www.newyorker.com/magazine/2022/01/31/is-ginni-thomas-a-threat-to-the-supreme-court “In December, Chief Justice John Roberts released his year-end report on the federal judiciary. According to a recent Gallup poll, the Supreme Court has its lowest public-approval rating in history—in part because it is viewed as being overly politicized. President Joe Biden recently established a bipartisan commission to consider reforms to the Court, and members of Congress have introduced legislation that would require Justices to adhere to the same types of ethics standards as other judges. Roberts’s report, however, defiantly warned everyone to back off. “The Judiciary’s power to manage its internal affairs insulates courts from inappropriate political influence,” he wrote. His statement followed a series of defensive speeches from members of the Court’s conservative wing, which now holds a super-majority of 6–3. Last fall, Justice Clarence Thomas, in an address at Notre Dame, accused the media of spreading the false notion that the Justices are merely politicians in robes. Such criticism, he said, “makes it sound as though you are just always going right to your personal preference,” adding, “They think you become like a politician!”" *** The largest online progressive news show in the world. Hosted by Cenk Uygur and Ana Kasparian. LIVE weekdays 6-8 pm ET. Help support our mission and get perks. Membership protects TYT's independence from corporate ownership and allows us to provide free live shows that speak truth to power for people around the world. See Perks: ▶ https://www.youtube.com/TheYoungTurks/join SUBSCRIBE on YOUTUBE: ☞ http://www.youtube.com/subscription_center?add_user=theyoungturks
FACEBOOK: ☞ http://www.facebook.com/TheYoungTurks
TWITTER: ☞ http://www.twitter.com/TheYoungTurks
INSTAGRAM: ☞ http://www.instagram.com/TheYoungTurks
TWITCH: ☞ http://www.twitch.com/tyt 👕 Merch: http://shoptyt.com ❤ Donate: http://www.tyt.com/go 🔗 Website: https://www.tyt.com 📱App: http://www.tyt.com/app 📬 Newsletters: https://www.tyt.com/newsletters/ If you want to watch more videos from TYT, consider subscribing to other channels in our network: The Damage Report ▶ https://www.youtube.com/thedamagereport TYT Sports ▶ https://www.youtube.com/tytsports The Conversation ▶ https://www.youtube.com/tytconversation Rebel HQ ▶ https://www.youtube.com/rebelhq TYT Investigates ▶ https://www.youtube.com/channel/UCwNJt9PYyN1uyw2XhNIQMMA #TYT #TheYoungTurks #BreakingNews 220121__TA03Scotus 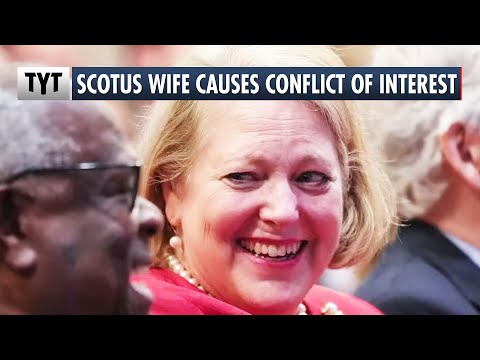