In this episode, we look at how Southeastern Europe is rallying together to lessen its dependence on Russian gas. Currently, Bosnia and Herzegovina, Bulgaria, Serbia, and North Macedonia are all dependent on Russian gas. Bulgaria has agreed to import LNG from the US along with a series of other projects. Also, Croatia’s floating LNG terminal on the island of Krk that started operating last year, is not only diversifying the country’s needs, it's also becoming a source for others across central Europe. Veljko Skenderija went to Krk island to see how operations were going. And a proposal by Aleksandar Vucic to re-introduce compulsory military service for at least 90 days for all men in Serbia has caused a backlash. The country's mandatory military service was suspended in 2011, following a trend that had started earlier in the Balkans. Vucic stressed Serbia would still maintain its neutrality and would not join NATO. Across The Balkans, hosted by Nafisa Latic, is TRT World’s programme that focuses specifically on the issues and fault lines shaping Southeast Europe today. Watch other episodes of ‘Across the Balkans’ 👉http://trt.world/fvfp Subscribe: http://trt.world/subscribe
Livestream: http://trt.world/ytlive
Facebook: http://trt.world/facebook
Twitter: http://trt.world/twitter
Instagram: http://trt.world/instagram
Visit our website: http://trt.world 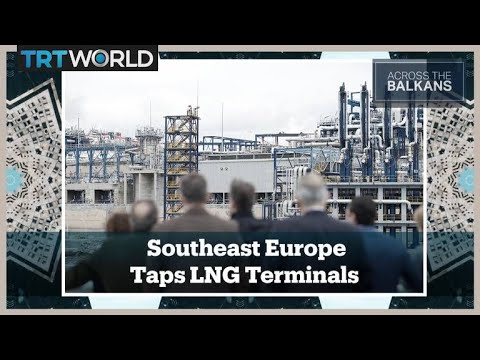 Leo Terrell: Biden admin has looked the other way on ‘Democratic-sponsored’ crime

Leo Terrell: Biden admin has looked the other way on ‘Democratic-sponsored’...