Jury deliberations resume Tuesday in the highly publicized trial between actor Johnny Depp and Amber Heard. Depp is suing his ex-wife for defamation over an op-ed she wrote in which she called herself a "public figure representing domestic abuse." CBS News' Lana Zak chats with Rachel Fiset, a managing partner for Zweiback, Fiset and Coleman LLP, about what the jury needs to consider, how social media played a role in the trial, and how the trial's outcome could impact victims of domestic abuse. CBS News Streaming Network is the premier 24/7 anchored streaming news service from CBS News and Stations, available free to everyone with access to the Internet. The CBS News Streaming Network is your destination for breaking news, live events and original reporting locally, nationally and around the globe. Launched in November 2014 as CBSN, the CBS News Streaming Network is available live in 91 countries and on 30 digital platforms and apps, as well as on CBSNews.com and Paramount+. Subscribe to the CBS News YouTube channel: https://youtube.com/cbsnews
Watch CBS News: https://cbsn.ws/1PlLpZ7c
Download the CBS News app: https://cbsn.ws/1Xb1WC8
Follow CBS News on Instagram: https://www.instagram.com/cbsnews/
Like CBS News on Facebook: https://facebook.com/cbsnews
Follow CBS News on Twitter: https://twitter.com/cbsnews
Subscribe to our newsletters: https://cbsn.ws/1RqHw7T
Try Paramount+ free: https://bit.ly/2OiW1kZ For video licensing inquiries, contact: [email protected] 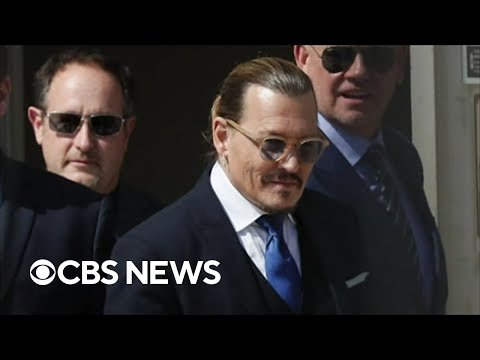