A research paper published by New York University and American University of Beirut researchers found that the dominance of neoliberalism has created a widespread acceptance of income inequality across society. The researchers evaluated the psychological impact of living in neoliberal societies, where the respondents in the study had skewed views of income equality, favoring merit-based systems over equality-based systems. Cenk Uygur and Ana Kasparian discuss on The Young Turks. Watch LIVE weekdays 6-8 pm ET. http://youtube.com/theyoungturks/live Read more HERE: https://www.vice.com/en/article/88gyyk/neoliberalism-has-poisoned-our-minds-study-finds "The dominance of neoliberalism is turning societies against income equality. At least, that’s according to a study published Tuesday in Perspectives on Psychological Science. A team of researchers at New York University and the American University of Beirut performed an analysis of roughly 20 years of data on from more than 160 countries and found that the dominance of neoliberalism across social and economic institutions has ingrained a widespread acceptance of income inequality across our value systems in turn. “Our institutions, policies, and laws not only structure our social life but also have a great influence on the kind of people and society we become,” Shahrzad Goudarzi, a Ph.D. candidate at NYU and lead author on the paper, said in a press release. Goudarzi and her team set out to prove whether conservative British Prime Minister Margaret Thatcher’s 1981 proclamation that economic and political systems can shape “the heart and soul” is indeed true. They defined neoliberalism as the “dominant socioeconomic approach” and the root of “privatization, abolition of the welfare state, and curtailment of redistributive programs,” which has dominated from the 1970s to present day. They measured the strength of a nation’s neoliberalism using the Economic Freedom Index, a metric crafted by the Fraser Institute—a Canadian libertarian think tank—which measures items like “size of government,” “regulation of business, credit, and labor,” and “freedom to trade internationally.”" *** The largest online progressive news show in the world. Hosted by Cenk Uygur and Ana Kasparian. LIVE weekdays 6-8 pm ET. Help support our mission and get perks. Membership protects TYT's independence from corporate ownership and allows us to provide free live shows that speak truth to power for people around the world. See Perks: ▶ https://www.youtube.com/TheYoungTurks/join SUBSCRIBE on YOUTUBE: ☞ http://www.youtube.com/subscription_center?add_user=theyoungturks
FACEBOOK: ☞ http://www.facebook.com/TheYoungTurks
TWITTER: ☞ http://www.twitter.com/TheYoungTurks
INSTAGRAM: ☞ http://www.instagram.com/TheYoungTurks
TWITCH: ☞ http://www.twitch.com/tyt 👕 Merch: http://shoptyt.com ❤ Donate: http://www.tyt.com/go 🔗 Website: https://www.tyt.com 📱App: http://www.tyt.com/app 📬 Newsletters: https://www.tyt.com/newsletters/ If you want to watch more videos from TYT, consider subscribing to other channels in our network: The Damage Report ▶ https://www.youtube.com/thedamagereport TYT Sports ▶ https://www.youtube.com/tytsports The Conversation ▶ https://www.youtube.com/tytconversation Rebel HQ ▶ https://www.youtube.com/rebelhq TYT Investigates ▶ https://www.youtube.com/channel/UCwNJt9PYyN1uyw2XhNIQMMA #TYT #TheYoungTurks #BreakingNews
SBP_220511__TB02_Neolibralism_Brings_Out 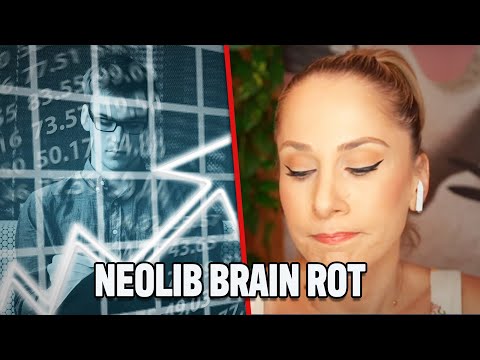