Vice President Kamala Harris told CNN’s Dana Bash the Biden administration isn’t prepared to seek a carveout for abortion rights when it comes to the Senate filibuster. AOC catches heat for posting about how people in red states can get around abortion rules. Instead of backing off, she doubles down. 50 migrants were found dead in an abandoned trailer truck in Texas. Religious couples are posting pics holding signs saying ' We Will Adopt Your Baby’, despite 400K+ kids already in foster care. Leaked audio has revealed a GOP candidate saying she doubts rape victims can get pregnant. Newsmax host Greg Kelly told Rudy Giuliani the slap on the back he received on Sunday at a Staten Island grocery store didn’t “look that bad.” Rep. Lauren Boebert (R-CO) told a crowd that the Founders of the United States wanted the church to direct the government and said the idea of a separation of church and state is “junk.” Arizona gubernatorial candidate Kari Lake had a heated exchange with Fox News host Bret Baier on Monday evening after he asked her about about allegations that she was a drag queen’s fan. Be The Change http://TYT.com/Change
#TYT #TheYoungTurks #BreakingNews Support The Young Turks by Subscribing http://www.youtube.com/subscription_center?add_user=theyoungturks Like Us on Facebook: http://www.facebook.com/TheYoungTurks
Follow Us on Twitter: http://www.twitter.com/TheYoungTurks Buy TYT Merch: http://shoptyt.com 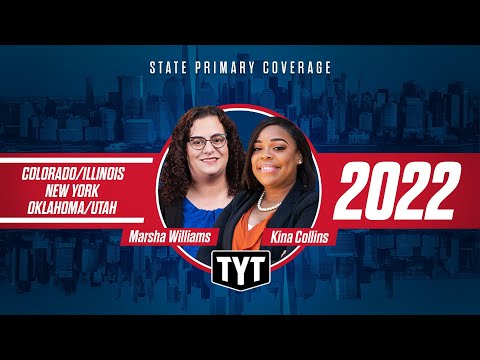 Alex Jones’ texts have been turned over to the Jan. 6 panel

How the Inflation Reduction Act would address the climate crisis

Friends and family gather at funeral mass for Vin Scully