Fox News host Sean Hannity interviewed Michigan Rep. Tim Walberg regarding his state’s stance on abortion laws in the aftermath of the Supreme court overturning Roe v. Wade. While Hannity seemed absolutely certain that state would never ban the procedure even though Michigan imposed a trigger law in 1931 that banned abortions and curbed reproductive rights, exposing the right wing's plan to ban abortion at the federal level. Ana Kasparian discusses on The Young Turks. Watch LIVE weekdays 6-8 pm ET. http://youtube.com/theyoungturks/live Read more HERE: https://www.mediamatters.org/sean-hannity/after-hannity-says-he-doubts-michigan-would-ever-ban-abortion-gop-rep-tells-him-it "SEAN HANNITY (HOST): Hey, congressman, they're also lying to everybody — TIM WALBERG (R-MI): Yeah. HANNITY: — Because abortion is not illegal. It's not going to be illegal in your state of Michigan. I'd bet my last dollar that's not gonna be the case. Am I wrong? WALBERG: No, it is illegal in the state right now. In 1931, Michigan passed one of the first anti-abortion laws. It says that there is no abortion — HANNITY: So, they have to have a trigger provision, but wouldn't you expect with Governor Whitmer and the legislature as it's currently configured, what do you expect that the likelihood of them changing that is going to be pretty swift? WALBERG: Well, they're gonna take action and, in fact, our attorney general, our lawless attorney general like Merrick Garland, is saying she will not enforce the law if Roe v Wade goes away. That's the challenge we have, but we're gonna fight it in the legislature. We have a pro-life legislature in the House and the Senate in Michigan. They have to get through that legislature if they're gonna do it constitutionally, and we will battle back. But again Sean, that's where —" *** The largest online progressive news show in the world. Hosted by Cenk Uygur and Ana Kasparian. LIVE weekdays 6-8 pm ET. Help support our mission and get perks. Membership protects TYT's independence from corporate ownership and allows us to provide free live shows that speak truth to power for people around the world. See Perks: ▶ https://www.youtube.com/TheYoungTurks/join SUBSCRIBE on YOUTUBE: ☞ http://www.youtube.com/subscription_center?add_user=theyoungturks
FACEBOOK: ☞ http://www.facebook.com/TheYoungTurks
TWITTER: ☞ http://www.twitter.com/TheYoungTurks
INSTAGRAM: ☞ http://www.instagram.com/TheYoungTurks
TWITCH: ☞ http://www.twitch.com/tyt 👕 Merch: http://shoptyt.com ❤ Donate: http://www.tyt.com/go 🔗 Website: https://www.tyt.com 📱App: http://www.tyt.com/app 📬 Newsletters: https://www.tyt.com/newsletters/ If you want to watch more videos from TYT, consider subscribing to other channels in our network: The Damage Report ▶ https://www.youtube.com/thedamagereport Indisputable with Dr. Rashad Richey ▶ https://www.youtube.com/indisputabletyt Watchlist with Jayar Jackson ▶ https://www.youtube.com/watchlisttyt TYT Sports ▶ https://www.youtube.com/tytsports The Conversation ▶ https://www.youtube.com/tytconversation Rebel HQ ▶ https://www.youtube.com/rebelhq TYT Investigates ▶ https://www.youtube.com/channel/UCwNJt9PYyN1uyw2XhNIQMMA #TYT #TheYoungTurks #BreakingNews 220629__TA03 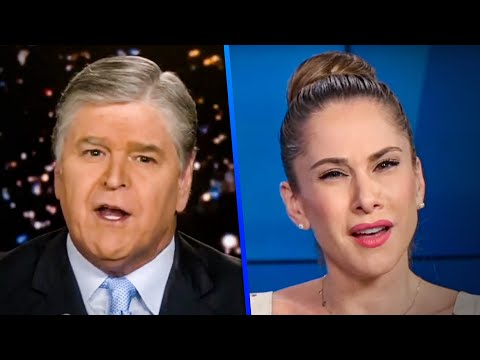