A federal judge has ruled that Walgreens contributed to San Francisco's opioid crisis and can be held responsible. There’s no word yet on how much the chain will have to pay. Thousands have been evacuated from their homes in southwestern France due to a massive wildfire amid a European heatwave. And comedian Steve Martin tells The Hollywood Reporter his current Hulu series may be the last TV or film work he does. #news #walgreens #stevemartin CBS News Streaming Network is the premier 24/7 anchored streaming news service from CBS News and Stations, available free to everyone with access to the Internet. The CBS News Streaming Network is your destination for breaking news, live events and original reporting locally, nationally and around the globe. Launched in November 2014 as CBSN, the CBS News Streaming Network is available live in 91 countries and on 30 digital platforms and apps, as well as on CBSNews.com and Paramount+. Subscribe to the CBS News YouTube channel: https://youtube.com/cbsnews
Watch CBS News: https://cbsn.ws/1PlLpZ7c
Download the CBS News app: https://cbsn.ws/1Xb1WC8
Follow CBS News on Instagram: https://www.instagram.com/cbsnews/
Like CBS News on Facebook: https://facebook.com/cbsnews
Follow CBS News on Twitter: https://twitter.com/cbsnews
Subscribe to our newsletters: https://cbsn.ws/1RqHw7T
Try Paramount+ free: https://bit.ly/2OiW1kZ For video licensing inquiries, contact: licensing@veritone.com 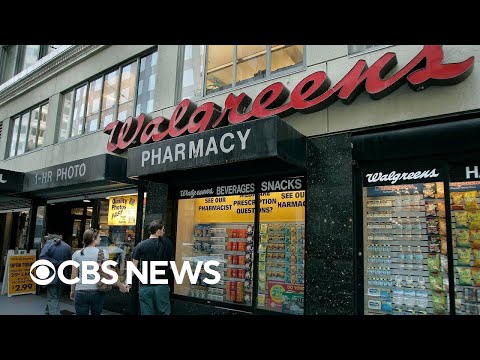