FEMA administrator Deanne Criswell and acting director of NOAA’s National Hurricane Center Jamie Rhome held a press briefing Monday as Ian moved toward Florida's west coast. Rhome warned there could be "significant" storm surge along the state's entire west coast and possibly up to 10 feet of storm surge in the Tampa Bay area. Criswell asked residents to listen to local officials if they are instructed to evacuate and said "everybody in Florida is going to have potential impacts from this storm," even if they aren't directly hit. #breakingnews #news #livenews CBS News Streaming Network is the premier 24/7 anchored streaming news service from CBS News and Stations, available free to everyone with access to the Internet. The CBS News Streaming Network is your destination for breaking news, live events and original reporting locally, nationally and around the globe. Launched in November 2014 as CBSN, the CBS News Streaming Network is available live in 91 countries and on 30 digital platforms and apps, as well as on CBSNews.com and Paramount+. Subscribe to the CBS News YouTube channel: http://youtube.com/cbsnews
Watch CBS News: http://cbsn.ws/1PlLpZ7c
Download the CBS News app: http://cbsn.ws/1Xb1WC8
Follow CBS News on Instagram: https://www.instagram.com/cbsnews/
Like CBS News on Facebook: http://facebook.com/cbsnews
Follow CBS News on Twitter: http://twitter.com/cbsnews
Subscribe to our newsletters: http://cbsn.ws/1RqHw7T
Try Paramount+ free: https://bit.ly/2OiW1kZ For video licensing inquiries, contact: licensing@veritone.com 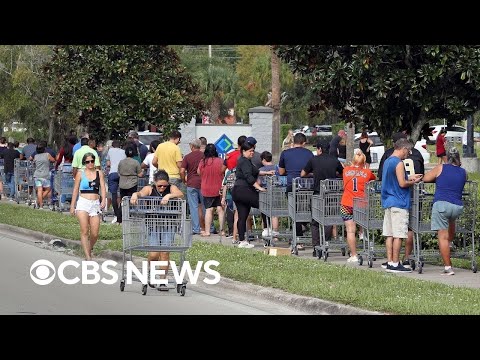