Parents of the victims of the Sandy Hook shooting continue to testify how much harassment they faced at the hands of Alex Jones' supporters. John Iadarola and Emma Vigeland discuss on The Young Turks. Watch LIVE weekdays 6-8 pm ET. http://youtube.com/theyoungturks/live Read more HERE: https://www.huffpost.com/entry/sandy-hook-parents-testify-hoaxers-harassment_n_63333ca2e4b08e0e606739ed "A mom and dad whose son was killed in a 2012 school shooting testified they were harassed for years by hoaxers, including being sent photos of dead children, in a trial that will determine how much conspiracist Alex Jones must pay to the families of Sandy Hook for spreading lies about the shooting. Parents Ian and Nicole Hockley gave separate testimonies in a Connecticut courtroom Tuesday to talk about the onslaught of abuse and threats they received in the days, weeks and years following the death of their 6-year-old son Dylan. “I got sent pictures of dead kids because [hoaxers said] as a ‘crisis actor’ I didn’t know what dead kids looked like,” Nicole testified. Dylan was among 20 children and six adults who were killed in the 2012 Sandy Hook school shooting. In the years following, Infowars host Alex Jones spread the vicious lie that the parents were all “crisis actors” who didn’t suffer any tragedy. A jury will now determine how much he’ll have to pay to several Sandy Hook families after he lost his case to default judgement. In August, Jones was ordered to pay $45 million in punitive damages to another pair of Sandy Hook parents for his lies." *** The largest online progressive news show in the world. Hosted by Cenk Uygur and Ana Kasparian. LIVE weekdays 6-8 pm ET. Help support our mission and get perks. Membership protects TYT's independence from corporate ownership and allows us to provide free live shows that speak truth to power for people around the world. See Perks: ▶ https://www.youtube.com/TheYoungTurks/join SUBSCRIBE on YOUTUBE: ☞ http://www.youtube.com/subscription_center?add_user=theyoungturks
FACEBOOK: ☞ http://www.facebook.com/TheYoungTurks
TWITTER: ☞ http://www.twitter.com/TheYoungTurks
INSTAGRAM: ☞ http://www.instagram.com/TheYoungTurks
TWITCH: ☞ http://www.twitch.com/tyt 👕 Merch: http://shoptyt.com ❤ Donate: http://www.tyt.com/go 🔗 Website: https://www.tyt.com 📱App: http://www.tyt.com/app 📬 Newsletters: https://www.tyt.com/newsletters/ If you want to watch more videos from TYT, consider subscribing to other channels in our network: The Damage Report ▶ https://www.youtube.com/thedamagereport TYT Sports ▶ https://www.youtube.com/tytsports The Conversation ▶ https://www.youtube.com/tytconversation Rebel HQ ▶ https://www.youtube.com/rebelhq TYT Investigates ▶ https://www.youtube.com/channel/UCwNJt9PYyN1uyw2XhNIQMMA #TYT #TheYoungTurks #BreakingNews 220928__TA06_Sandy_Hook_Parents 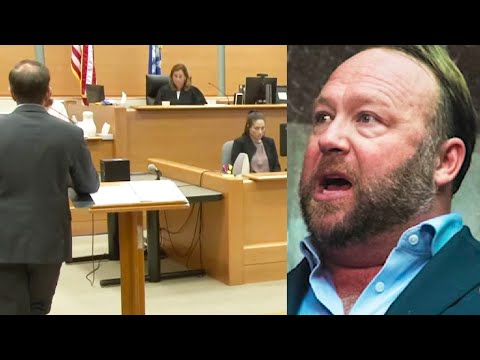