During a recent interview, Sen. Chris Murphy floated the idea of defunding police departments that refuse to enforce gun laws. Cenk Uygur and Ana Kasparian discuss on The Young Turks. Watch TYT LIVE on weekdays 6-8 pm ET. http://youtube.com/theyoungturks/live Read more HERE: https://www.axios.com/2022/11/27/congress-gun-law-police-funding-chris-murphy "It is time for the Senate to "have a conversation" about possibly withholding funding from law enforcement in states that don't enforce state and federal gun laws, Sen. Chris Murphy (D-Conn.) told CNN's "State of the Union" on Sunday. Driving the news: The U.S. has seen a spate of high-profile mass shootings this year, including recently at a Walmart in Chesapeake, Virginia, and an LGBTQ nightclub in Colorado Springs, Colorado. After the suspected shooter in Colorado Springs had a previous run-in with law enforcement, no records indicated either police or relatives tried to trigger Colorado's red flag law, which would have allowed for his weapons and ammunition to be seized, AP reported. State of play: "What we learned in Colorado is that the county in which the shooting happened is a so-called 2nd Amendment sanctuary state," Murphy said. "The majority of counties in this country have declared they're not going to enforce state and federal gun laws. They have decided that they are going to essentially refuse to implement laws that are on the books," he added. "That is a growing problem in this country and I think we're going to have to have a conversation about that in the United States Senate," Murphy said. What they're saying: "Do we want to continue to supply funding to law enforcement in counties that refuse to implement state and federal gun laws?" Murphy said, noting that "red flag laws are wildly popular." "I'll talk to my colleagues about what our approach should be to this problem. But 60% of counties in this country are refusing to implement the nation's gun laws. We've got to do something about that." *** The largest online progressive news show in the world. Hosted by Cenk Uygur and Ana Kasparian. LIVE weekdays 6-8 pm ET. Help support our mission and get perks. Membership protects TYT's independence from corporate ownership and allows us to provide free live shows that speak truth to power for people around the world. See Perks: ▶ https://www.youtube.com/TheYoungTurks/join SUBSCRIBE on YOUTUBE: ☞ http://www.youtube.com/subscription_center?add_user=theyoungturks
FACEBOOK: ☞ http://www.facebook.com/TheYoungTurks
TWITTER: ☞ http://www.twitter.com/TheYoungTurks
INSTAGRAM: ☞ http://www.instagram.com/TheYoungTurks
TWITCH: ☞ http://www.twitch.com/tyt 👕 Merch: http://shoptyt.com ❤ Donate: http://www.tyt.com/go 🔗 Website: https://www.tyt.com 📱App: http://www.tyt.com/app 📬 Newsletters: https://www.tyt.com/newsletters/ If you want to watch more videos from TYT, consider subscribing to other channels in our network: The Damage Report ▶ https://www.youtube.com/thedamagereport Indisputable with Dr. Rashad Richey ▶ https://www.youtube.com/indisputabletyt Watchlist with Jayar Jackson ▶ https://www.youtube.com/watchlisttyt TYT Sports ▶ https://www.youtube.com/tytsports The Conversation ▶ https://www.youtube.com/tytconversation Rebel HQ ▶ https://www.youtube.com/rebelhq TYT Investigates ▶ https://www.youtube.com/channel/UCwNJt9PYyN1uyw2XhNIQMMA #TYT #TheYoungTurks #BreakingNews 221128__TA04DemProposesDefundingCopsWhoDontEnforceGunLaws 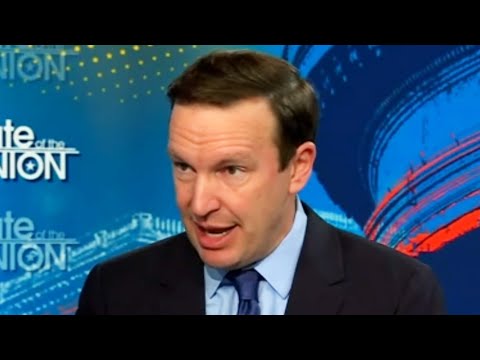