The Congressional Progressive Caucus has agreed with Nancy Pelosi’s plan to enforce Biden’s rail deal. Mentally ill individuals will now forcefully be taken off the streets of New York City. Tucker Carlson tells his viewers that Apple is always watching, and sending your personal information to the Chinese government. In San Francisco robo cops may soon be able to use lethal force. Robot landlords are a thing… and they are buying up all of the houses. Coward Kevin McCarthy will never dump Trump no matter what. A U.S. fan wearing a rainbow armband was seen being taken away by Qatar police. Miner’s wives are keeping the mining strike alive by going back to work. Elon Musk accidentally fired so many employees that they are now in their own HR category. Be The Change http://TYT.com/Change
#TYT #TheYoungTurks #BreakingNews Support The Young Turks by Subscribing http://www.youtube.com/subscription_center?add_user=theyoungturks Like Us on Facebook: http://www.facebook.com/TheYoungTurks
Follow Us on Twitter: http://www.twitter.com/TheYoungTurks Buy TYT Merch: http://shoptyt.com 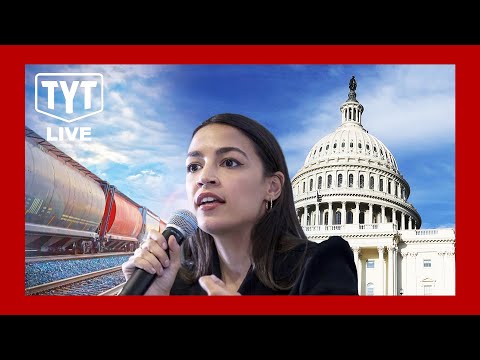