LeBron James asked reporters during a press conference why they questioned him about a Kyrie Irving tweet linked to an antisemitic film, but never questioned him on a picture that emerged of Dallas Cowboys owner Jerry Jones from 1957 seemingly showing Jones in a group blocking Black students from entering a desegregated school. #CNN #News 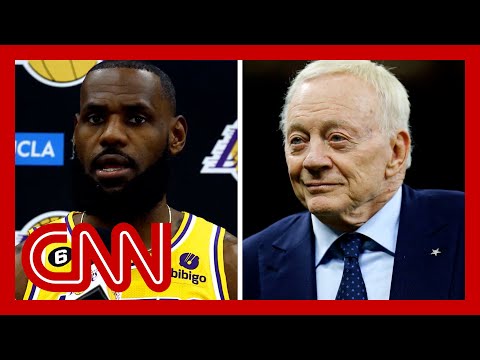