The Pentagon has proposed training 2,500 Ukrainian soldiers every month in Germany. A judge declared a mistrial in a case against “That 70s Show” star Danny Masterson, who had pleaded not guilty to charges of rape brought by three women. And LL Cool J led the festivities as the White House hosted its 100th annual Christmas tree lighting. CBS News Streaming Network is the premier 24/7 anchored streaming news service from CBS News and Stations, available free to everyone with access to the Internet. The CBS News Streaming Network is your destination for breaking news, live events and original reporting locally, nationally and around the globe. Launched in November 2014 as CBSN, the CBS News Streaming Network is available live in 91 countries and on 30 digital platforms and apps, as well as on CBSNews.com and Paramount+. Subscribe to the CBS News YouTube channel: https://youtube.com/cbsnews
Watch CBS News: https://cbsn.ws/1PlLpZ7c
Download the CBS News app: https://cbsn.ws/1Xb1WC8
Follow CBS News on Instagram: https://www.instagram.com/cbsnews/
Like CBS News on Facebook: https://facebook.com/cbsnews
Follow CBS News on Twitter: https://twitter.com/cbsnews
Subscribe to our newsletters: https://cbsn.ws/1RqHw7T
Try Paramount+ free: https://bit.ly/2OiW1kZ For video licensing inquiries, contact: licensing@veritone.com 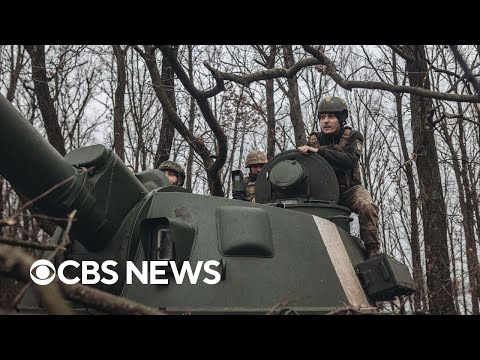