Orthodox Armenians in Turkey selected their spiritual leader on Wednesday (December 11) at the Armenian Patriarchal Church in the Kumkapı neighborhood of Istanbul.

Patriarchate’s Locum Tenens Bishop Sahak Mashalian was elected the 85th Armenian Patriarch of Constantinople by secular and religious delegates after all votes were counted in the last round of elections.

Bishop Sahak Mashalian previously served as the Locum Tenens of the Armenian Patriarchate of Istanbul.

Speaking to reporters following the announcement of the election results, newly elected Patriarch Mashalian said as the largest non-Muslim community in Turkey, Armenians are the ‘colours of the human mosaic of the country’.

“It is very important that these elections can be hold in the context of the consolidation of the culture of living together, being a modern society with pluralism and polyphony,” said the new Patriarchate.

“It is a source of pride for us that peace, tolerance and political maturity are exhibited in our country in these days when the world is thrown into violence,” he said.

Mashalian also said the Armenian community will continue to contribute to the common civilization of Turkey as in the past.

The elections of the Armenian Patriarch of Constantinople are held in three stages.

On 7 December the General Religious Assembly elected the 17 religious delegates.

On Wednesday the delegates voted to elected the new Patriarch.

Former Armenian Patriarch Mesrob Mutafyan who died in March 2019 was elected as the top religious leader of the Armenian community in Turkey in 1998.

In 2008, Mutafyan suffered from health issues that prevented him to fulfill his duties.

For the first time in history, the Armenian Church in Turkey has been ruled by a deputy Patriarch since 2008.

The Armenian Patriarchate of Constantinople was traditionally established in 1461, when Sultan Mehmed the Conqueror ordered Armenians and Turks to settle inside the city of Constantinople, newly conquered by the Ottomans, and had Archbishop Hovageem (Joachim), the prelate of Bursa. 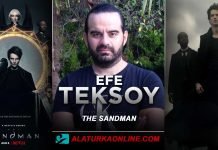 Written by Efe Teksoy, “The Sandman” 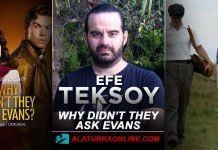 Written by Efe Teksoy, an Agatha Christie Classic “Why Didn’t They Ask Evans?” 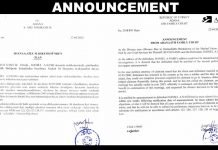